Just outside of Yantra, on the western edge, you’ll find a gruop of Bandits led by Little Red. Talk to them to find out they plan on attacking the village. They’re looking for a man named Bertram who told the Witch Hunters on them and the Witch Hunters ended up killing half of her gang. 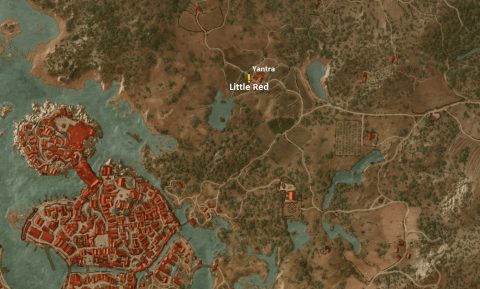 You can either agree to help them or leave them alone. If you want to see what happens wait until at least 7pm for the Bandits to come out. They’ll start going house to house calling for Bertram.

Speak to Little Red and she’ll tell you about a deal they had with Bertram and how he betrayed them. You can stand aside or attack them. If you attack, Little Red will turn into a Werewolf. Make sure you’re using your Silver Sword for this fight. After the Bandits have been killed the Peasants will thank you and give you a very small reward of 10 Crowns.

Back: Karmic Justice         Next: Message from an Old Friend