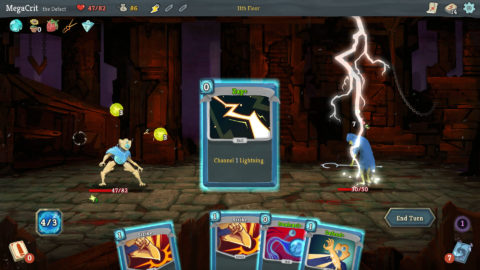 Slay the Spire is a rather unique combination, fusing together rogue like adventures with a collectible card game. The layout of the Spire changes every time so you’ll need your wits about you if you want to overcome the bizarre creatures found in these towers.

Slay the Spire was officially released in January 2019 although you may have been able to pick it up the year before in early access. Reviews have been overwhelmingly positive with 97% of gamers giving it a thumbs up.

The game is centered around three main characters with over 150 items to find. The developers have included a daily Climb event which allows you to test your skills against other players around the world. Slay the Spire is a must have if you enjoy rogue-like games. 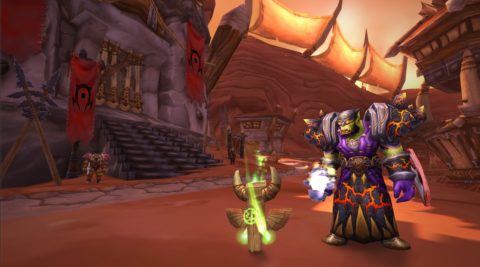 WoW Classic is more of a snapshot into the past than a new game but it did win the “PC Game of the Year” at the Golden Joystick Awards. It brings World of Warcraft back to it’s original form as it was played 15 years ago in 2004. Whether you want to relive the glory days of exploring the World of Warcraft or try them out for the very first time now you have your chance.

World of Warcraft is considered one of the best grand RPG games ever made. If you want to experience it before all of the updates and expansions which have dramatically changed the gameplay over the years than give WoW Classic a try. 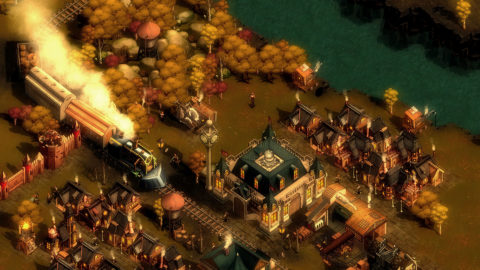 They are Billions was officially release in June of 2019 but it’s been around in early access for longer. They are Billions is a steam punk strategy game with the goal of building a town for your citizens while protecting them from the hordes of zombies. It’s a difficult game to master and the campaign features two new types of missions, non-base building adventure with your hero and tower defence.

The core of the game is fun to play and a challenge at any level due to the way zombies can multiply once they get into your base. If you’re playing the campaign you’ll also need to think about what research you’ll need for upcoming mission and what missions to take next.

The campaign can get a bit tedious with some of the objectives seeming to be more about getting you to play longer rather than fitting in line with the story. Aside from that it’s still a highly enjoyable game to play. 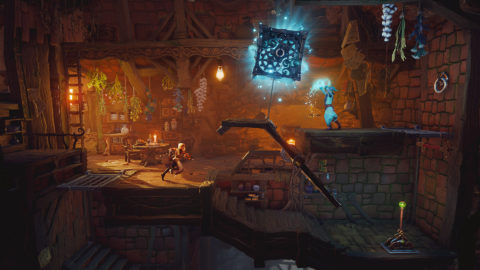 If you’ve played the previous Trine games by Frozenbyte then you’ll know what Trine 4: The Nightmare Prince is all about. After running out of funds for development of their previous game Frozenbyte have returned to their roots for Trine 4.

The three heroes, Pontius, Zoya and Amadeus, must go in search of the lost Prince through a gorgeous 2.5D world. Along the way the heroes will need to overcome numerous obstacles, including battling with the Prince’s shadows.

Trine 4 can be played solo or coop with friends. The puzzles will be slightly different if you’re playing multiplayer otherwise they’d be too easy. The puzzles themselves are fairly easy to figure out and I would have preferred a steeper learning curve. In spite of that it’s still one of the best games of the year. 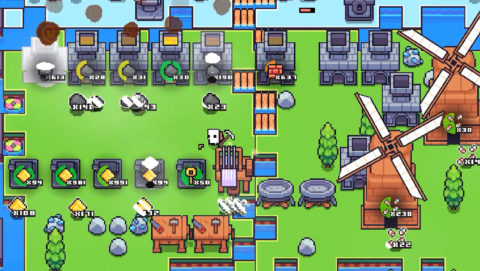 Forager is an addictive little indy game that will have you playing hours on end. You start on a small island but new islands can be purchased for a price, expanding the area you have to gather, collect and build.

There are 64 skills to learn, each improving the game modifiers or unlocking items or structures. It’s up to you to decide how to manage your islands. Will you focus on acquiring gold or unlocking the next pickaxe? Will you start farming or delve into one of the nearby dungeons?

Forager is a fun little game to play and the developers are still busy creating new content. A single playthrough will take between 10 to 15 hours. 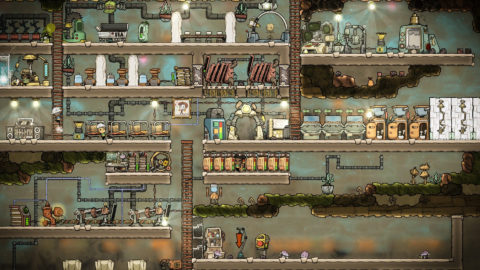 Oxygen Not Included was released in July 2019 by Klei Entertainment, the same team who brought you Don’t Starve and Invisible, Inc. It’s a space-colony survival game where you’ll need to excavate resources, research new technology and build a habitable home for your colonists.

All of the base building, including where to put the plumbing and the power systems, is under your control. The air you breath will start to deplete as soon as you take your first breath so you’ll need to act quickly if you want to survive. The combination of building a habitable base and keeping your quirky colonists alive provides an amusing challenge if you’re interested in simulation-type games. 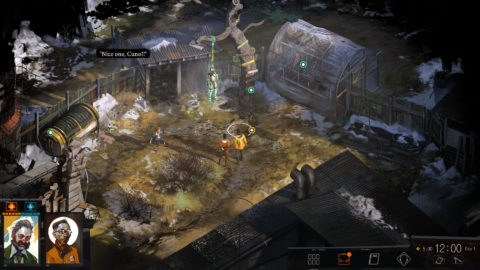 Disco Elysium was in development for 5 years before finally being released in October 2019. It features a cast of memorable characters, including one detective, you, who seems to have forgotten who he is.

Disco Elysium attempts to recreate classic RPGs where you have the freedom to do whatever you want. It features a deep skill system with 24 individual skills grouped together into four broad categories, Intellect, Psyche, Physique and Motorics. All of the skills will prove useful in one way or the other with even the least used skills involved in over 500 skill checks throughout the game.

Most of the skill checks will be unseen by the player unless something is triggered. Occasionally you’ll have a choice and the option of choosing one skill or the other.

There’s no combat in Disco Elysium, instead you’re faced with a number of different options and skill checks. Failing a skill check isn’t the end of the world but that option may be locked until you can find a way to increase your chances.

According to the developer the game includes around 1 million words of dialogue and descriptive content. It’s a rich world with plenty to do and many people to interact with. While the game isn’t as groundbreaking as some reviewers make it out to be it does provide an interesting and unique gaming experience. 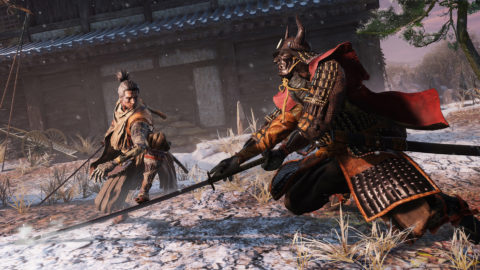 Sekiro: Shadoes Die Twice was awarded the winner of the Steam Awards of the Year 2019 and the Best Action Game of 2019 by IGN, as well as many other awards and nominations. It was developed by the same people who brought you the highly popular Dark Souls series.

Sekiro takes place in Sengoku Japan around the late 1500s. You play as a disgraced warrior who goes in search of the young lord he vowed he would protect.

The game features rich and immersive visuals with a rewarding and yet challenging combat system. The combat system is different to the Dark Souls series so don’t expect a Dark Souls clone. The combat is fast paced, fluid and fun. The boss fights are some of the most enjoyable you will every encounter.

While it’s a joy to play Sekiro is hard, really hard. For those of you not willing to put in the time to master the game there are mods to make the game easier for the casual gamer. Stealth also plays a part in this game. If a combat is too difficult maybe there’s another way around. In some instances you will be able to distract your enemies or sneak around them undetected.

Sekiro: Shadows Die Twice is not for the faint of heart but if you enjoy a challenge then give it a go.

Bloodstained: Ritual of the Night is an side-scrolling action RPG with beautiful graphics and a great soundtrack. There’s some really interesting boss fights and a good variety of weapons, over 100, to fight them with. Weapons are craftable and come in different classes such as Whips, Swords, Katanas, Firearms or Shoes.

If you enjoyed the Castlevania or other metroidvania games you’ll definitely want to give this one a shot. While Bloodstained does have a reasonably high price tag the developers are including 13 future DLCs which will add new content and game modes.

You play as an orphaned girl called Miriam who attempts to infiltrate a demon-infested castle in order to save humanity. Along the way you’ll need to defeat over 100 types of enemies and over 20 bosses. 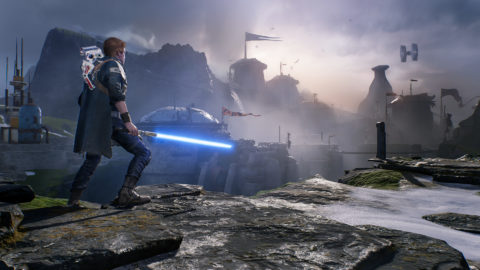 STAR WARS Jedi: Fallen Order has a pretty hefty price tag but reviews so far have been very positive. It was released in November 2019 and puts you in the shoes of a young Jedi Padawan who must learn the ways of the force while staying out of reach of the evil Empire.

Fallen Order is a single player story-driven game with a focus on combat and exploration. If you’re familiar with the Star Wars universe you’ll recognize some of characters and locations. There’s also plenty of new friends, enemies and locations to see.

The graphics in Fallen Order look beautiful and the gameplay is fun and challenging without being too difficult. The level design has been well thought out and the story was quite impressive as well. Hopefully the adventure will continue in the next Star Wars game.