The Truth is in the Stars

On the eastern side of Velen is a small village called Benek. There’s an Old Sage sitting outside his hut on the western side of the village. When you approach he’ll comment that he’s been expecting you. 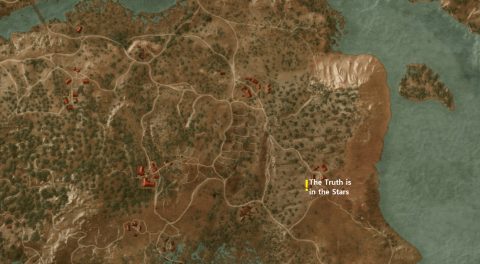 This Old Sage is the same one in the Gwent: Velen Players quest so make sure you have a round of Gwent with him to win the Crone: Weavess Card while you’re here.

The Old Sage can see visions and he thinks he has something important to tell you but you’ll need to find some Dragonsroot for him. You can find it in a cave southeast from the village. Follow the map marker for the exact location. The cave is guarded by 4 Ghouls so you’ll need to defeat them first before searching for the root.

Take the Dragonsroot back to the Old Sage and he’ll have a vision that seems to relate to Ithlinne’s Prophecy. This completes the quest.