You begin in the town of El Marrow, working for the Department of Death. After the cut-scene open the Message Tube to read the latest message. There’s been a poisoning and all agents are needed on the job. Walk towards the table and pick up the Deck of Cards then leave the room.

Walk to Eva at the end of the corridor and talk to her if you like. Open your inventory and select the Deck of Cards. Use the card on the Hole Punch at the front of Eva’s desk.

Walk around the corner to the left. Take the lift in the left wall down to the garage. Walk towards the far corner of the garage and knock on the door of the small shed. Glottis will come out to have a chat.

Speak with Glottis about everything and when he says he can’t be a driver say that he’s not too big, it’s just that the cars are too small. Glottis will get inspired and want to start work upgrading a car but he needs a Work Order signed. Take the lift back to the top and then use the lift at the end of the corridor to go down to the Lobby.

Leave the building and walk to the right. Grab the Bread from the stall just to the left of the clown and then talk to the clown. Keep talking to him until he agrees to make a balloon animal for you. Choose a Cat Balloon, a Dead Worm Balloon and a Dead Worm Balloon. Walk into the alley just before the Department of Death building. 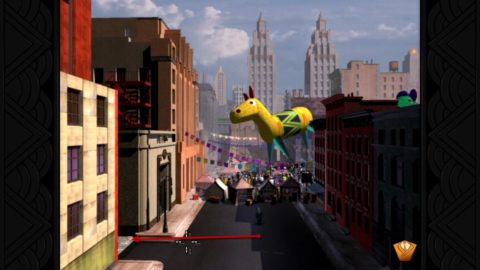 Climb up the rope at the end of the alley and enter the building through the window to the left. Look at the computer and change the automatic response to “Ah, cripes, Eva! Just sign it yourself, will you?”

Return to Manny’s room and open the message tube. Place both Dead Worm Balloons filled with chemicals into the tube and send them down. They’ll explode and jam up the messaging system.

Take the lift down to the lobby and enter the other door into the server room. Take the Fire Extinguisher from the wall. Walk to the left so you can see the inside of the iron door. Turn the latch so that the bolt of the door is out. When it closes it won’t lock properly so you can open it again later. Leave the room and return.

Open the iron door to the messaging server and take a look at the red tube. Place the Punched Card into the slot to stop one of the messages. Manny will get his first good client.

After the cut-scene speak with your new client but Manny won’t be able to figure out why she can’t order a package. Leave the room and head towards Eva. Manny’s boss will come out and lock him in a shed.

Knock on the door of the shed. When the person on the other side answers tell him “The DOD runs a crooked game, and I intend to prove it”.

After being taken to the secret base tell Salvador Limones that you agree to work for them. Take the lift back up to the alley and climb up the rope to the ledge. Walk left around the corner and enter the far window into Domino Hurley’s office.

Open the desk drawer and take out the lump of Coral. Hit his punching ball a few times until the Mouth-Guard falls down and pick it up. Leave out the window and walk back around the ledge. use the Coral on the loose end of the rope and throw it over to the ladder. Climb up the rope and then up the ladder to the top of the building.

Walk close to the birds until you’re next to the dish. Place the Cat Balloon into the dish and then place the Bread on top of it. The birds will eat the bread and pop the balloon, scaring them all away. You’re now free to grab a couple of Eggs from the bird’s nest. 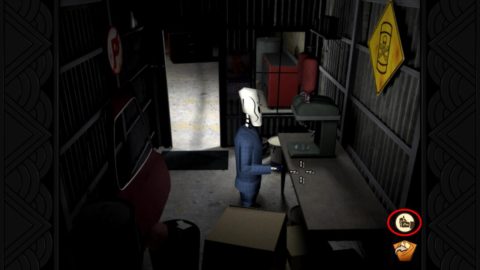 Leave the garage and go back out to the alley. Click on the eye symbol on the wall to be taken to the secret base. Give Eva the Mouth-Guard and Salvador the Eggs.

Salvador will send you on a mission and after walking through the long tunnel you’ll arrive at the Petrified Forest.

Next: The Petrified Forest