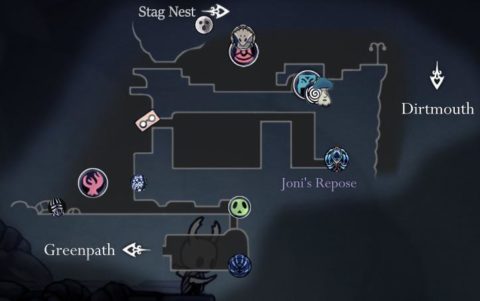 The Howling Cliffs can be reached through Greenpath, Dirtmouth or the Stag Nest. When you have revealed all of the Stag Stations the Stag will offer to take you to the Stag Nest. It’s here that you can find another Vessel Fragment.

If you haven’t uncovered all of the stations yet you can do a double jump from the area to the left of where you begin the game in King’s Pass. Jump up the wall to reach the Howling Cliffs. 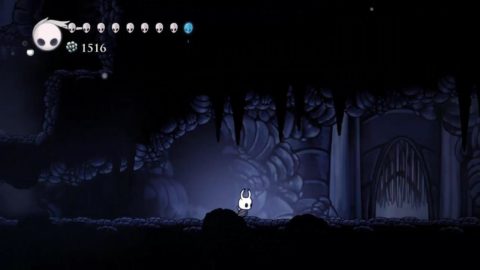 Continue to the right to find Nailmaster Mato who will teach you the Cyclone Slash. Leave and continue to the left. Jump up the ledges to about half way between the Stag Nest and the Nail Master to find Gorb. 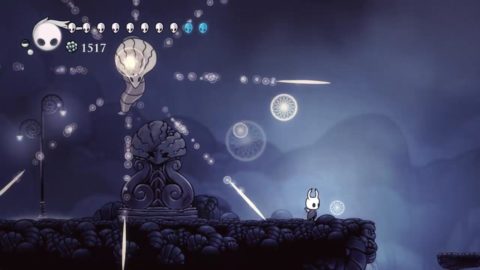 Gorb is a dream warrior and a fairly easy enemy to defeat. He only has one attack, the Spear Cast, in which he fires out a circle of spears. They travel slowly so if you stay far enough away they should be easy to dodge. As he takes more damage he’ll fire out two and then three waves of spears.

The best way to defeat him is with vengeful spirit or its upgrade. You will need to get in close for a few attacks to replenish your soul vessel. Once he’s been defeated speak to him again for 100 Essence.

Continue to the left and drop down the next cliff. Hug the right wall until you find an entrance to where the Map Maker is sitting. You can purchase a map for 75 Geo. Continue to the right and follow the caverns around until you come to Joni’s Repose. It’s here that you’ll find Joni’s Blessing, a charm that will turn your health into life spirit and increase it by 50%. make your way back out of the caverns and continue down the side of the cliff.

You’ll come to a breakable wall. Break the wall and drop down to find a Wanderer’s Journal. 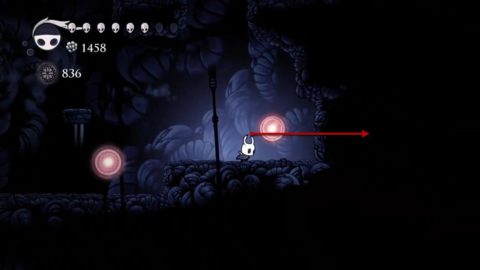 Break the next wall to the right and continue to the right until you see the large bug. Use the Dream Nail on him and walk to the room to the left. Hit the Lantern until it breaks. This begins the Grim Troupe DLC. The next time you visit Dirtmouth there’ll be a few extra tents for you to visit.

Leave the tunnel and run or super dash to the left. On the ground before you reach the point where the wind blows you back you’ll find a King’s Idol.

Head back to the right as far as you can go to find a Grub. Drop down the small hole in the ground and hit open the treasure chest. It will drop a single Geo but it’s a secret. Jump into the chest and you’ll fall down to the cavern below.

Defeat the Elder Baldur for your real reward. Head across to the right for the Baldur Shell charm.