Warcraft 2: Beyond the Dark Portal 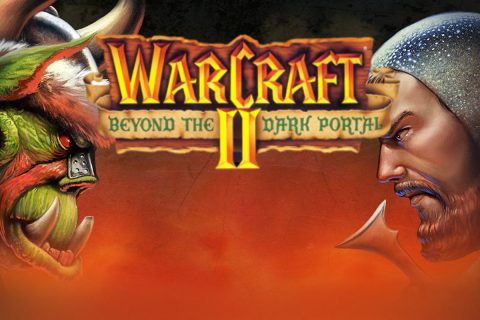 Warcraft 2: Beyond the Dark Portal is the expansion for Warcraft 2: Tides of Darkness. The Orcs are now being led by the Shaman Ner’zhul and are preparing to invade Azeroth once more. The allies have rallied the heroes and are attempting to beat back the horde.

The expansion includes two new campaigns, one for the Orcs and one for Humans. Each campaign is played out over 12 maps. The campaigns also feature 10 new heroes. They are each vastly superior to the regular units.

Beyond the Dark Portal Walkthrough

Orc Campaign – You are to lead the armies of Orcs to reopen a rift between the worlds. First you must subjugate the Death Knights as they have knowledge of how to open the rift. Then you’ll need to recover powerful artifacts such as the Skull of Gul’dan and Eye of Dalaran. You’ll have powerful Dragons, Death Knights and Ogres to aid you in your quest. Should you succeed untold worlds will be yours for the taking.

Human Campaign – Lord Khadgar has sensed a dark power growing around what remains of the rift and believes the Orcs are attempting to break through to the world of Azeroth once more. He urges the Alliance to come together so the Orcs can be defeated. You’ll need to fortify your positions and hold firm as wave upon wave of Orcs seek overwhelm you. Should you triumph over the dark powers the rift between Azeroth and Draenor will be sealed forever.

If you enjoyed Warcraft 2: Beyond the Dark Portal why not try the original Warcraft: Orcs and Humans or the sequel Warcraft 3: Reign of Chaos.