As you make your way deeper into Kilrathi territory you’ll have the opportunity to take out a nearby Fuel Depot which is supplying the Kilrathi fleet. You’ll be flying a Raptor for the first and third mission and a Scimitar for the second mission with Paladin as your wingman. 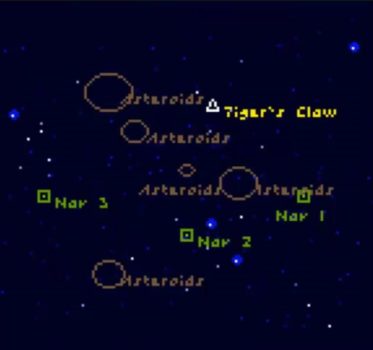 Make your way to Nav 1 and take out the 3 Jalthis lurking there. At Nav 2 you’ll find a Ralari being escorted by 2 Krants. Take them all out and head to Nav 3.

At Nav 3 you’ll catch up with the Sivar but as soon as you get close it will jump out. There’s no way to get close enough to fire weapons at it.

There are also 6 Jalthis in the area. Take them out and then head home. You might pass through an asteroid field as you head back to the Claw. 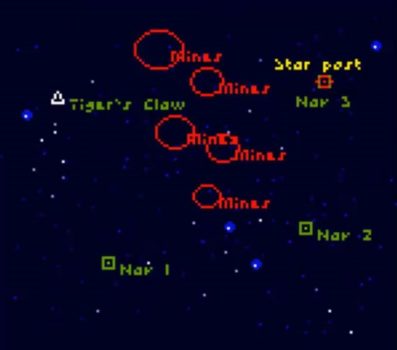 Objectives: Strike mission to take out the Kilrathi Supply Depot

I found this to be one of the most frustrating missions of the entire campaign. To begin with the Raptors are being repaired so you’ll have to go out in a little Scimitar. Paladin is your wingman but he’ll be unable to kill anyone and will probably die in the process.

The easiest way to take out the Supply Depot is to head straight to Nav 3 where the Depot is located. It’s defended by 4 Jalthis and then 5 Grathas. Kill 3 of the Jalthis and let your wingman distract the fourth while you blow up the supply depot. If you don’t kill the last Jalthi the 5 Grathas won’t show up.

If you want you can head back to Nav 2 to kill the Lumbari which is guarded by 4 Krants. There are 3 Salthis at Nav 1.

Strangely the game didn’t recognize that I’d destroyed the Supply Depot even when I clearly blew it up. Luckily if you destroy all the Cap Ships in Bifrost 3 and killed a few enemies in Bifrost 1 you’ll have enough points to make it to Valgard even if you don’t get the Supply Depot. One of your crew mates from the Claw will blow it up instead. 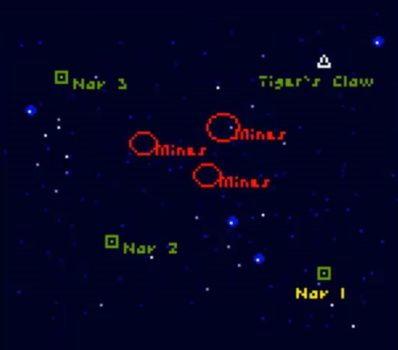 Objectives: Strike mission to destroy all of the Kilrathi ships coming back to the now missing Supply Depot.

The Tiger’s Claw is now sitting in the position of the Supply Depot so that you can mop up any Kilrathi coming back for repairs or fuel. You’ll fly a three point patrol around a group of mines.

At Nav 1 you’ll find 3 Krants with 2 Lumbari transports. Take out the Krants first and then you can easily pick off the transports. Nav 2 has a Ralari protected by 3 Grathas. Take them out and then head to Nav 3 where you’ll spot a Fralthi with 4 Jalthis.

On your way back to the Tiger’s Claw you’ll run into 3 Krants. You may or may not hit the mine field depending on how far you’ve strayed from Nav 3. Land back at the Tiger’s Claw to complete the mission.