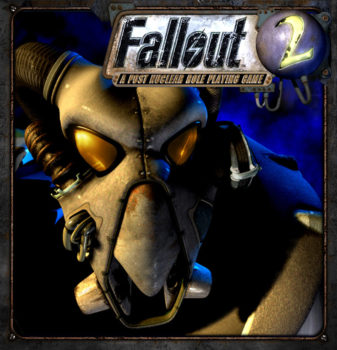 Fallout 2 is a post nuclear role playing game in an open world with turn-based combat. As in the first game you create a character and build up his or her stats depending on your playstyle. Fallout 2 features a larger world with more quests, new weapons and a range of new NPCs who can join your party.

You begin as a member of a primitive tribe and your first task is to make it through the Temple of Trials to prove you are the chosen one. After that you’re free to roam the world in search of the GECK, a device that will save your village from starvation.

Fallout 2 was developed by Black Isle Studios and released in 1998. It’s the second in the series and follows on from the events about 80 years from the first Fallout game. It received positive reviews upon its release and was praised for its strong storyline, open world, character interaction and non-linear gameplay. Fallout 2 made it to third place on the sales chart for the first week of November 1998.