After acquiring the teleport/dash ability from the battle under the Cathedral you’ll need to go back and visit all of the Hero’s Graves. After meditating at each of them you’ll be taken to a central area where you can dash across a gap to restore one of your upgrades.

After coming out of the Cathedral from the battle arena you’ll soon spot a Hero’s Grave. Meditate at it, head up the stairs and dash across for the Green Feathers which will restore your Stamina. 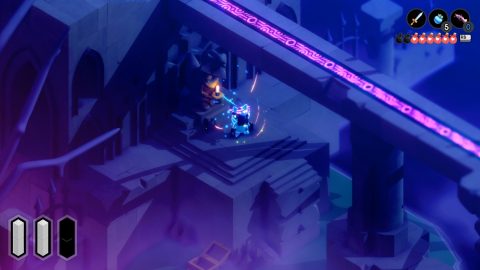 Take the teleporter to the Eastern Vault. Walk to the south and head outside. Make your way to the east until you see the Hero’s Grave. After meditating you’ll be taken to the Hero’s Grave area. Walk up the steps and dash across for the Pink Flowers to restore your Health. 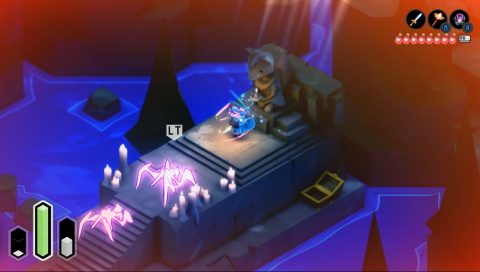 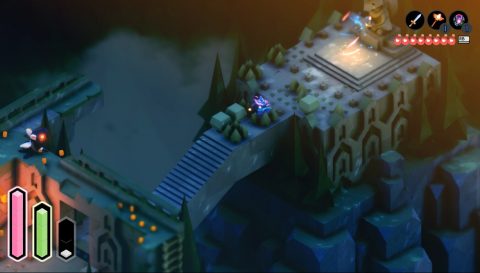 Teleport to the Great Library and make your way to the bottom. The here’s grave is covered in miasma so you’ll need to fight the 2 Stone Golems first. They’ll attack you one-by-one. 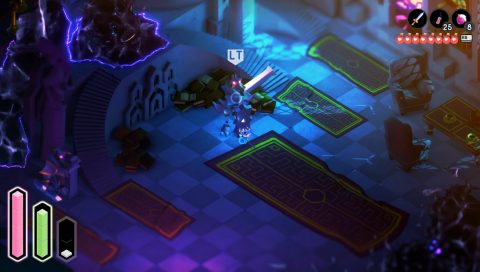 Once you defeat them the Hero’s Grave will clear up. Meditate in front of it and then head up the steps to grab the Blue Mushroom. This restores your Magic Points.

Head up the stairs just east of the first checkpoint in the West Garden and you’ll find the Hero’s Grave. 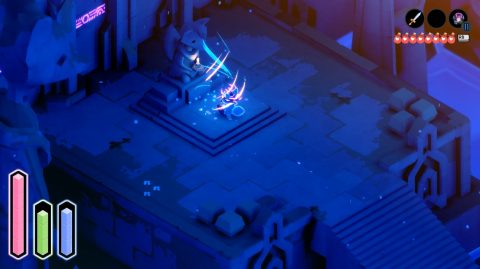 Meditate to be taken to the Hero’s Grave area. Head up the steps and dash across the gap for the Fox Statue which restores your Defence.

Take the path up to the sealed door on the mountain. Follow the secret path behind it down to the Quarry. When you get to the checkpoint head inside the Monastery behind it.

Go as far as you can into the Monastery. The Hero’s Grave is covered over in miasma. When you start walking back you’ll be attacked by a Miasma Creature. 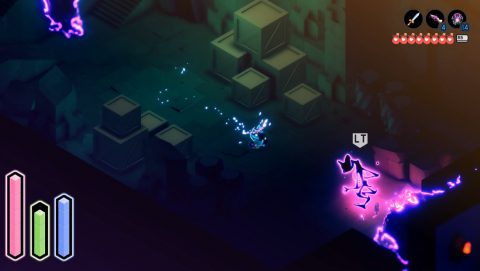 Kill it and then meditate at the Hero’s Grave. Head up the steps and dash across the gap to grab the final upgrade, the Pink Powder to increase the strength of your Magic Potions. 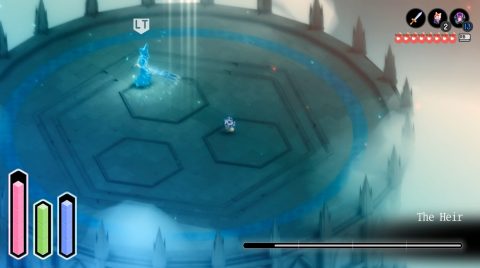 The Heir will use a variety of sword strikes. Use your dash to avoid them and get in a few strikes. You may be able to use the Magic Orb to grapple her and interrupt her attacks. If you get into trouble release a Lure to distract the Heir for a few seconds so you can get in a few heals.

After defeating the Heir for the first time she’ll regenerate and start using the power of the miasma. Her sword strikes will leave behind a trail of miasma that you’ll need to avoid. 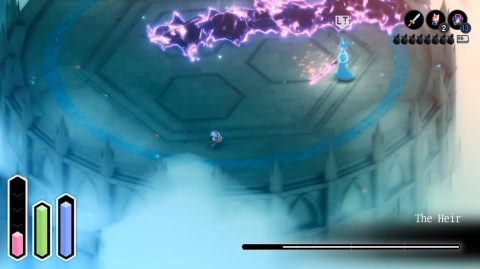 Once again, dash behind her attacks and get in a few strikes of your own. If you need a few seconds to drink some potions release a lure. Otherwise keep dashing and attacking until you’ve defeated her for the second time.

After defeating the Heir the game will end but you’ll see how many pages you missed. To reach the good ending you’ll need to find all the pages of the instruction manual before coming back to see the Heir.