At the bottom of the lift head down the stairs on either side. Follow the only available walkway along until you see the first Checkpoint.

Follow the walkway to the southeast and take out the Fairies once you get to the platform. You can take them out with a single shot of your Fire Rod.

Head down the ramp on either side and continue to the southeast. Use the Dynamite to clear out some of the Turrets so you can run past them a little easier. 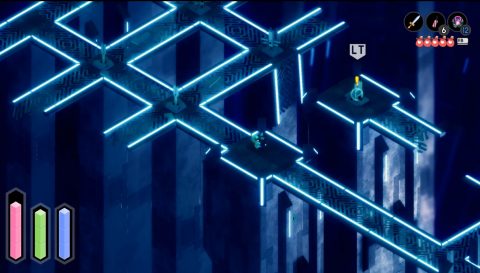 Continue south, east and then north to the staircase. Hit the pedestal to activate the bridge and give you a shortcut back. Inside the chest you’ll just find some gold. 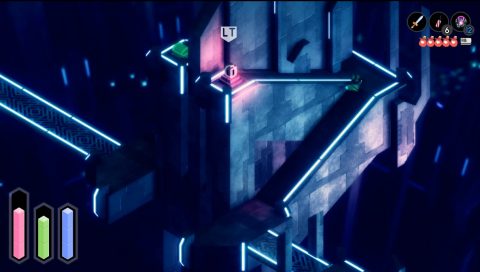 Head back to the southeast and then up the ladder to the east for a mini boss fight. When you hit the obelisk it turns into a creature. Hit it a few times and the cover will come off. You’ll then need to finish it off. 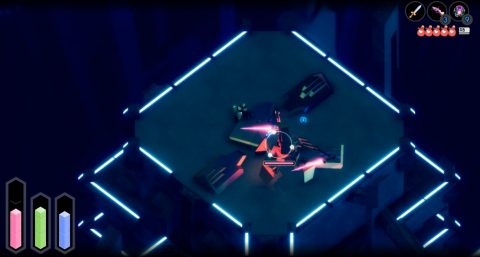 Now you’ll need to use the ladders to make your way down to the bottom. Climb down a ladder, walk around the ledges and climb down the next ladder. After you climb down the second ladder from the top walk to the right and you’ll find a hidden chest with some Blue Berries.

Once you’ve made it to the bottom enter inside and open the chest for a Lure. Climb down the ladders and take the lift down. Head outside for the next Checkpoint. 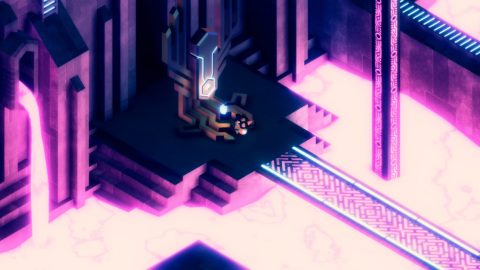 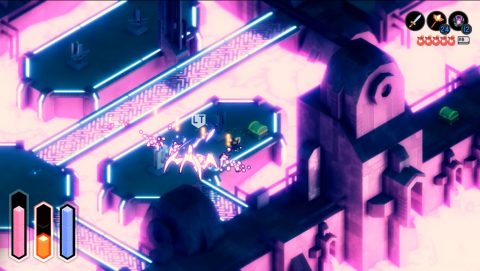 Once the creatures are gone take out the Turrets and open the chest for a Magic Potion. Continue back over the walkway to the northwest and make your way to the next platform with the chest. More creatures will spawn. Draw them back again to use the turrets as support if you need to.

Inside the chest you’ll find some Ice Bombs. A chest across the walkway to the south contains Blue Berries and a third chest along the platform to the southwest contains Red Berries. Go down the steps to the next checkpoint. 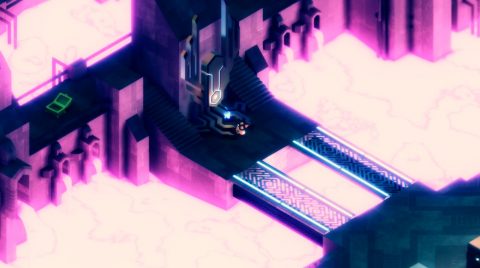 Make any upgrades you want because there’s a few tough fights ahead. When you walk over the walkway to the south you’ll be attacked by 2 Obelisks. Use Ice Bombs to freeze one while you deal with the other. 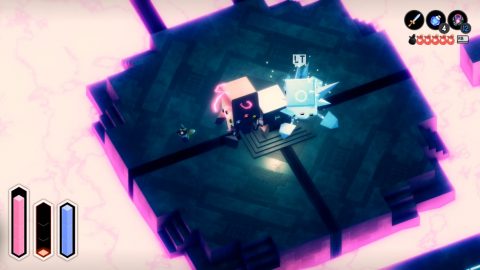 Watch out for the Miasma Creatures crawling out of the lake if you get too close to the southern edge. Once the enemies have been defeated activate the Obelisk.

Take the northwest walkway for a chest with 6 Dynamite then come back and run to the south. Just avoid the Miasma Creatures and take the steps and ladder down. Run along to the next checkpoint.

This checkpoint is not activated but meditate to the Obelisk behind it to activate both the checkpoint and the teleporter inside the small room. When you’re ready take the walkway to the northeast for the next boss fight. 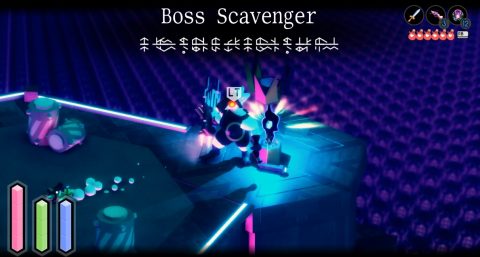 This is one of the more difficult boss fights and you can expect it will take a number of attempts. The Scavenger likes a ranged fight and will try to kick you away if you get too close.

The Scavenger has a laser sword that he uses to swipe and slash. He’ll often perform a swipe while dashing across the platform. If you stay too far away he’ll throw a grenade or use the shotgun.

Keep rolling away from his attacks and healing up as you need. Roll towards him to get a few attacks of your own. If you have the shotgun use it up close for massive damage.

Once the Boss Scavenger has been defeated grab the Blue Key. Take the teleporter back to the Overworld.

Enter the sealed temple and run up the steps to the large chamber. Place the 3 keys in the slots around the edge of the strange device.

Run back to the teleporter and take the central teleporter to the Heir. 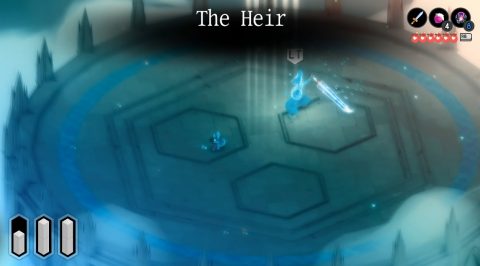 Go up and say ‘Hi’ to the Heir and she’ll attack! You’re not supposed to win this fight but you can try if you like. The Heir will most likely kill you pretty quickly and you’ll return to the starting location as a ghost!