Path to the Quarry

From the central checkpoint take the path west, past the windmill, to the west bell. Grapple down to the ledge below and walk around to the north until you see the Envoy on the bridge. 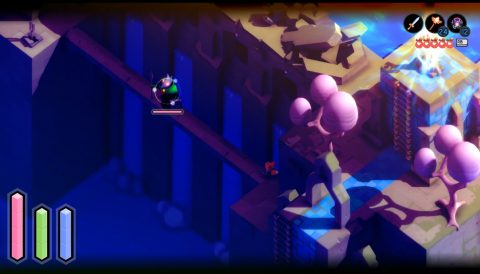 Use the Magic Orb to grapple him and hit him a few times. Repeat until you’ve killed him. Head across the bridge to the other side and open the chest for an Ability Card.

Climb up the ladder and you’ll be on the other side of the gate. Continue along the path to the north and follow it around to an Obelisk. Grapple across and meditate to activate it. Grapple back and follow the power line to a long bridge. This will take you to the Quarry. 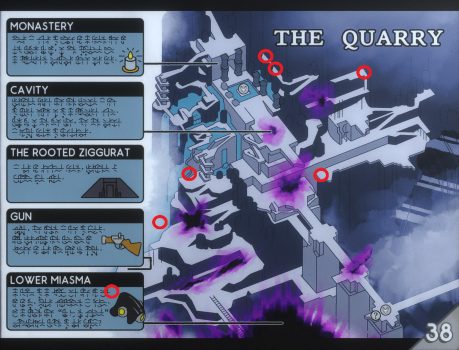 Activate the next Obelisk you come to. This will power the giant door down below. 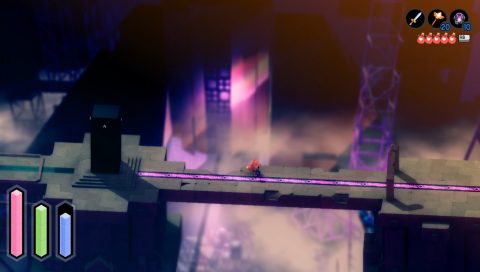 Run past the broken Obelisk and continue to the end of the bridge to another broken obelisk. Once the enemies have been killed push over the bridge to the northeast and open the chest for a Dragon Tooth. 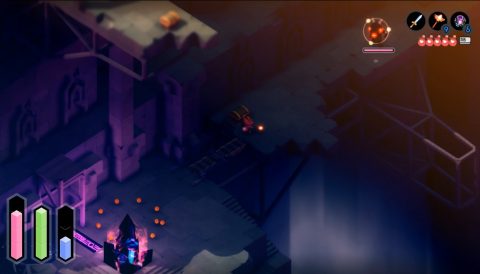 Make your way up the ramps and then the ladder and then the next ladder to the right. Up the top you’ll find a chest with an Ability Card. 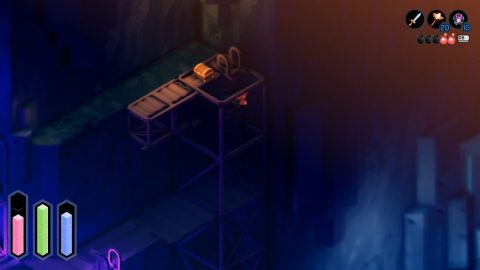 Climb back down the two ladders, and then down the spiral staircase. Head to the southwest but watch out for an enemy hiding in one of the alcoves. Pull up the Lever to open up the shortcut back to the lower area, then climb up the larger spiral staircase to the platform above.

Once you’ve cleared out the enemies open the chest for some gold. Stay away from the miasma as it lowers your maximum health. You can go back to a checkpoint to restore it. 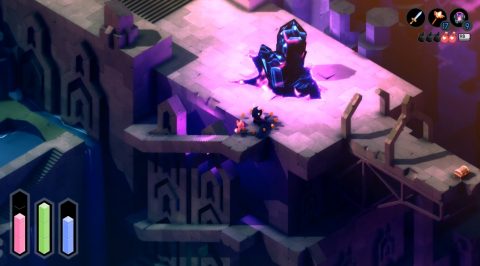 Head up the stairs to the checkpoint and clear out the enemies. There is a checkpoint here but you won’t be able to reach it until you can dash.

Instead climb up the ladder and run around the ramps to the first chest. Inside you’ll find a Golden Coin. 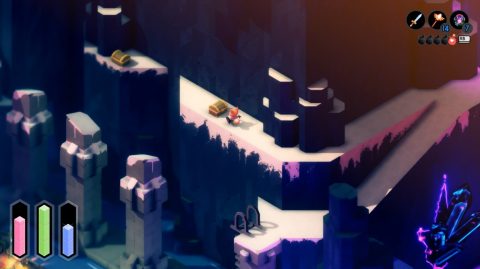 Climb down the ladder and enter the Monastery on the other side of the checkpoint.

Avoid the miasma and climb up the ladder on the right side. Kill the enemies and then roll through the miasma to take as little damage as possible. 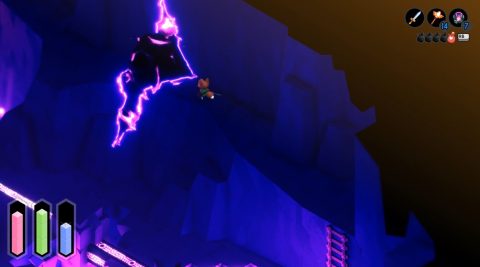 Open the chest by the grave to find the Gas Mask Ability Card. Open your inventory and use this ability card. The little fox will start wearing it and you’ll be protected from the miasma. Climb the ladder and take the exit to the southwest.

Let the rope down and climb down. Make your way around and across the rope bridge. The spiral staircase to the left leads up to the temple in the mountain. It’s another way into the quarry.

For now head to the southeast and open the chest for some gold. Continue around and down another spiral staircase. Head around behind the staircase for a chest with a Shard. 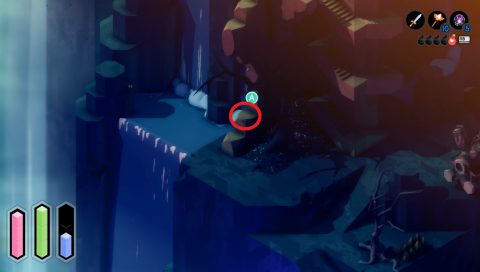 Continue making your way down. The tunnel that you pass leads back to the start of the quarry. Take out the enemies as you go and head all the way down to the shooting range. Open the chest on the ledge for the Shotgun. 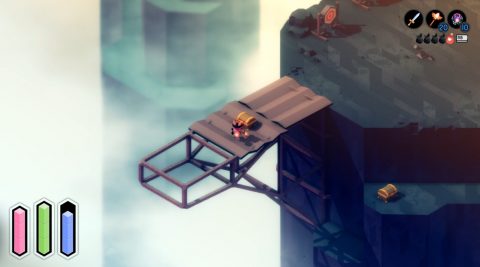 It’s a super powerful weapon but uses a lot of magic. Break the boxes behind the range and walk behind the cliff for a chest with a Shard.

Come back and continue down the ramps. Push over the bridge on the train track and head across. The chest on the other side has a Fox Statue.

Continue along the tracks and take out some of the Sniper enemies from above. Walk back and climb down the ladder. 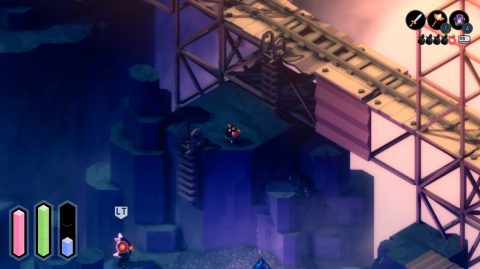 Head over the bridge to the east and open the chest for some gold then head down the ramps to the bottom. Follow the tracks along to the northeast.

The tracks will then turn to the northeast. Follow it along to the giant door that you saw from the first bridge. Go through the open gold doors inside and take the lift down to the next area.