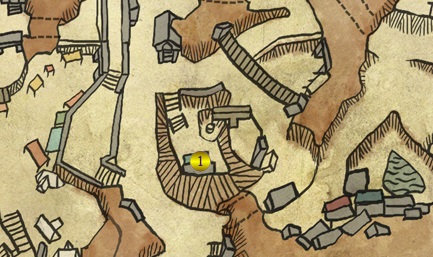 Similar to Flotsam the town of Vergen has an organized fighting tournament in the Tavern (#1). If you defeat all of the opponents you’ll be crowned the local champion.

Once you defeat all three local fighters you’ll be approached by a nobleman, Sir Silgrat. He won’t fight the commoners but you have proved yourself and so he wants a match. Once you defeat him he’ll be outraged and promises to get you back for shaming him. This continues in the quest A Score to Settle which you’ll encounter in Chapter 3.