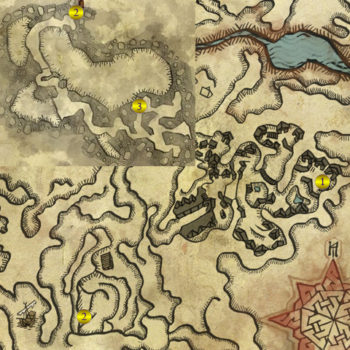 The Queen Harpy Contract is given to you during the Hunting Magic quest when Cecil Burdon (1) gives you the Key to the Harpy Lair (2). There lair is filled with harpies, mostly Celaeno Harpies, with a few regular harpies mixed in as well.

Fight your way through the harpies to the Projection Ring (3). Once you take the Crystal from the ring the Celaeno Harpy Queen will spawn along with a few Celaeno Harpies. Once you’ve killed the queen loot her body for the Harpy silver sword.

Return to Cecil Burdon (1) for your tiny reward of 50 Orens. Well, at least you found a sword!