Inkwell Isle 2 is the second world in Cuphead and looks more like a fairground. The bosses are much more difficult to defeat and there’s a pool on the right side of the island that you can look into to find out how many times you’ve died. Like the first world there are 5 bosses that you’ll need to defeat in order to get their contracts, 2 run and gun levels and a Mausoleum. 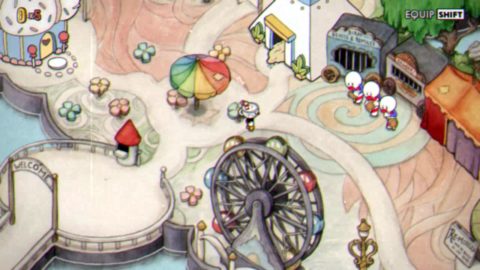