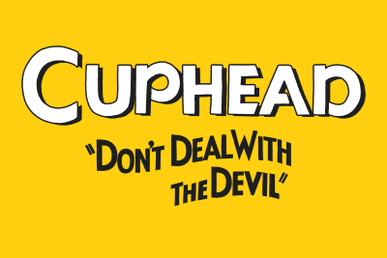 Cuphead is a charming run ‘n gun indie game for single or co-op play. It’s loaded with tough bosses in three worlds with a branching level sequence. Cuphead features hand-drawn cel animations in the theme of a 1930s cartoon. The backgrounds are painted with water colors and you’ll be able to play each level listening to original jazz tunes.

Cuphead is quite a challenging game to beat and you’ll realize right from the first boss that you can expect to die quite often. You start off with 3 lives with which to defeat each level. You can purchase more hearts, weapons and abilities at the store by using gold coins that you can find littered around the run and gun levels.

The goal of Cuphead is to find all of the souls that have run away from the Devil. Cuphead and Mugman must find these souls and defeat them in battle or the Devil will take their souls instead.

All Bets are Off
One Hell of a Time

Before you dive into the harder levels of the game make sure you familiarize yourself with all of the controls in the tutorial.

Cuphead was produced by Marija and Ryan Moldenhauer for StudioMDHR Entertainment. It was released on September 29th 2017 for Microsoft Windows and Xbox One. Cuphead was first revealed in a Microsoft E3 press conference in 2014 where it stood out for its aesthetic appeal. Since release Cuphead has received overwhelmingly positive reviews on Steam and has become far more popular then the producers could have first believed.