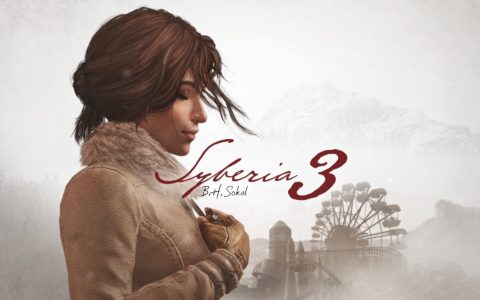 Syberia 3 is a steampunk adventure game that continues the plot of the first two games. Kate Walker has abandoned the island and is cast adrift on a rickety boat. She’s rescued by the Youkols and decides to help them fulfil and old tradition.

Syberia 3 features an immersive storyline, enchanting world and real-time 3D puzzles. It was released by  Microids on the 20th of April 2017.

Syberia 3 begins with Kate Walker dying by the edge of the river. She’s rescued by the Youkols, a tribe of wandering nomads, and taken to a rather dilapidated hospital.

Valsembor Hospital – You wake up in a hospital bed with a strange Youkul man next to you. After being interrogated by one of the doctors you’ll discover that the patients never leave this hospital. Find some way to escape and make it to the Youkol village.

Youkol Village – The water to the Youkol village has been mixed with oil. Find a way to filter the water and then get a pass to Valsembor town.

Valsembor Town – It’s here that you’ll meet a few strange characters, including Captain Obo and Simon Steiner. Your main goal is to find Steiner and see if he’s completed the prosthesis for the Youkol Chief, Kurk.

The Krystal – The only hope the Youkols have of making their voyage is on a ship named the Krystal. It hasn’t been used in 20 years and needs some work before it can get going again.

Rescuing Kurk – The Youkul are eager to leave and Captain Obo is getting more frantic as night approaches. You need to find some way to reach the clinic and rescue Kurk, the Youkol chief.

Baranour Park – After making sure the area is safe for the Youkols you’ll be able to explore this amusement park. You’ll need to figure out a way to bring the Krystal closer to shore and clear the way for the Ostrich migration.

Clearing the Tunnel – The Ostriches begin their migration through the tunnel but are scared off by a horde of vampire bats. Kate and Oscar must find a way to clear the tunnel so the migration can proceed.

Youkol Temple – A rare lunar event has taken place and the Youkols must perform a ritual in the lost Youkol Temple. You must find a way to open the entrance to the temple so the Youkuls can complete their ritual before the red moon is over. Includes location of Youkol Lenses, glyph chair puzzle and mirror puzzle.

Crossing the Bridge – The final part of the journey is almost over. The Youkols will be safe once they make it across the river. The traditional bridge they used to use has been destroyed. In its place is a new security bridge. They must find a way to cross the new bridge to safety before the military arrive.

Syberia 3 is an action/adventure game that was released after some delay on the 20th of April 2017. It’s available for the PlayStation 4, Android, PC, Nintendo Switch, Mac and Xbox One. Syberia 3 was developed and published by Microids and Anuman.

Syberia 3 was supposed to be released back in June of 2010. That’s an almost 7 year wait for fans of the first two games. Surprisingly Syberia 3 still feels a little bit rushed and hopefully Microids will release a patch to fix the bugs.

The first two games in the series are adventure game classics. You can check out the full walkthrough for both Syberia and Syberia 2 here.