Follow the Wisp to the right and jump onto the pot. Jump off the sign and then lasso the attach point on the branch. Swing over onto the table. Lower the second Yarny off the table and swing over to the rock ledge to the right. 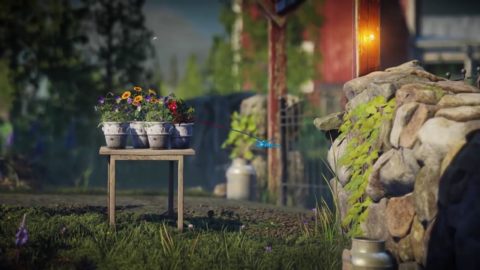 Pull the first Yarny up and climb across the top of the gate. Drop the second Yarny down and swing across to the branch. Bring the first Yarny over and jump onto the pot plant.

To reach the Wisp jump up with the first Yarny and lasso the attack point on the end of the branch. Swing the second Yarny across to the other tree and then swing across the branches to the stone wall. 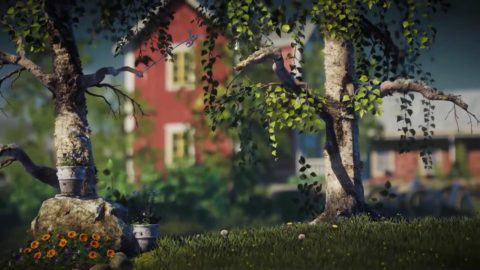 Jump over the tree stump and have the first Yarny jump on top of the balloon. The second Yarny can drop down and push the little truck to the next rock wall. Jump the first Yarny onto the wall and pull the second one up. 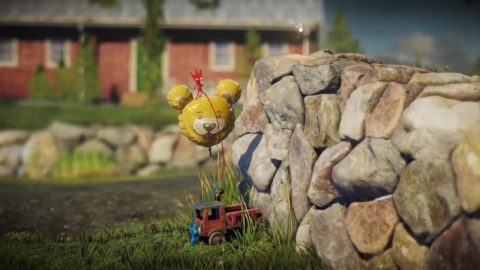 Run across the grass, over and under the picnic tables. Hop onto the crate on the right, jump up to lasso the point on the black pipe and swing over to the table on the left. From here jump up to grab Spark #1. 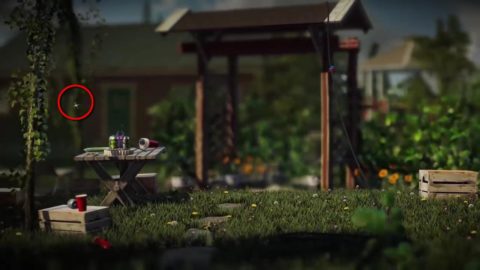 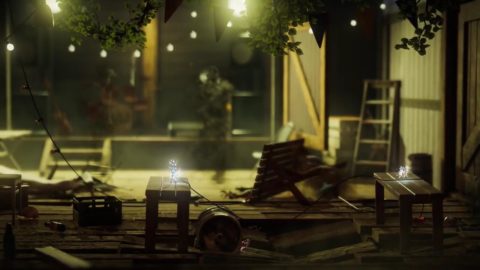 Bring the second Yarny back to the table on the right and the Wisp will do its magic and open the barn door to the right.

Follow the Wisp to a rock and make a bridge to jump over it. To reach the next collectible jump off the fence to lasso the attach point on the tree and jump onto the shed roof. From here you can swing one Yarny across to Spark #2. 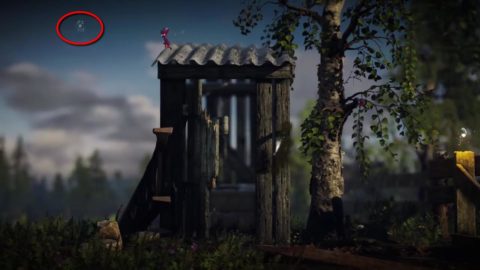 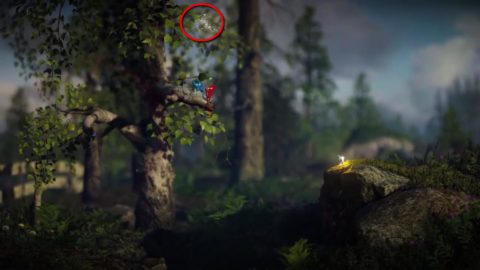 Drop one Yarny down and swing him across to the rock. Climb the other one up and follow the spark to the right.

Jump up to the lasso the attach point on the root of the fallen tree and climb up. Watch out for the little flame as you head to the right. Swing up the two branches of the tree and across to the rocks.

As you follow the Wisp the Yarnys will fall down a crevice in the rocks. Run to the right and jump up between the rocks. Have one Yarny go down and push the branch through the rocks so the other one can use it to jump up to the top. Bring the second Yarny up afterwards. 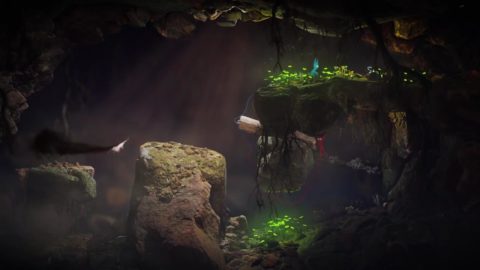 The puzzle in the next room of the cave is a more complex version of the one you just completed. This time instead of one branch you need to push out you have two. To make things more difficult you’ll have the little flames chasing you. Wait until the little flames are far away before attempting to push the first log through. 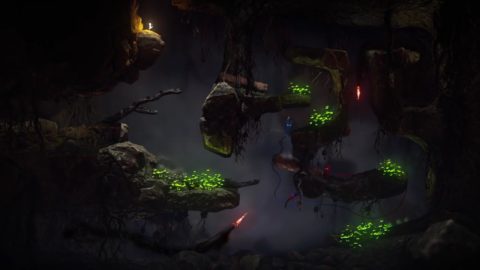 Do the same for the second log and then follow the spark to the top and leave the cave.

As you make your way across where two people are having a picnic a turkey will attack. Run up the branch and swing across the attach point.

The bird will be waiting on the other side of the rocks so separate your Yarnys and have the first jump off the rocks. Swing across the first branch to lasso the second and dangle there to distract the bird. Have the second Yarny drop down, push the can out of the way and drop into the underground tunnel. Climb up the inside of the tree trunk and push the branch out as far as you can to the left. 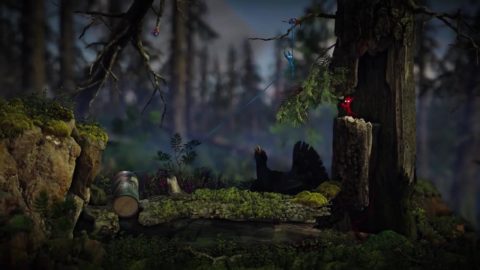 This will hopefully distract the turkey so that it will focus on the Yarny inside the tree. If not swing the first Yarny around until the bird focuses on the second Yarny. Now the first Yarny should be safe to drop down, push aside the can and drop into the tunnel as well.

Follow the spark to the right and swing across the trees. The turkey will still be chasing you so make sure you don’t fall. For the last jump you’ll need to separate the Yarnys and swing them across one at a time.

Go through the tree and make jumps across the small rocks. Climb up the tree that’s fallen over and separate the Yarnys. Have one stand on the broken tree to distract the turkey while the other drops off the edge to the right. Pull back the small stone and look in side the hole at the base of the tree for Spark #4. 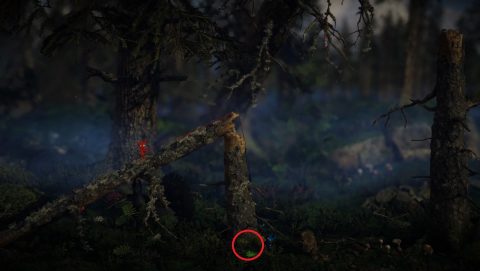 Continue making your way over the tree stumps and branches as you avoid the turkey down below. When you get to the tree stump with the hole on the right side have one Yarny standing by it looking out. The turkey will get distracted. 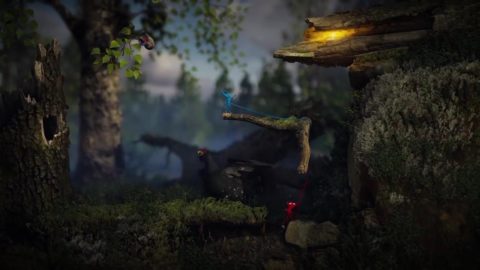 Head through the hollow tree and continue to the right to end the chapter.