Wrath of the Betrayer

The Runner’s Transport – Bring the Runner to the Night Elf transports. The base must survive.

Escape to the Sea – Load the Runner onto a transport and sail her out to sea. 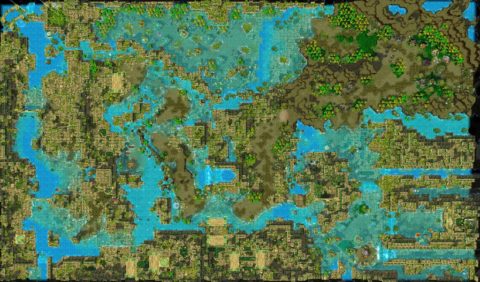 Wrath of the Betrayer Walkthrough

You’ll need to divert your attention between the Runner’s group with Maive and the Elf base. Build up the defenses of your base first of all by rearranging your Ancient Protectors and building more. You’ll be attacked from the south west and the north west entrance so build 4 or 5 Ancient Protectors at each entrance. Have a few extra units nearby and your base should be secure for the entire mission.

Your Runner’s group will appear south-west of your base and you won’t be able to send units from your base to help out.

Naga Excavators – Dotted around the map your Runners group will come across 4 Excavators. Kill them all to complete this quest. The first Excavator will have a Staff of Teleportation. This will allow Maiev to teleport to the base and back again if you decide to take it with you.

The next Excavator will drop the Orb of Slow. This does 6 extra damage and has a chance to slow the attacker.

The Runner’s Transport – Wind your way around until you come to the Goblin Shipyard where you can buy the Transports.

Escape to the Sea – Get on board the Transports and bring your units, south, west and then ultimately all the way north to the sea. You can stop off at a few places along the way. At the very south west of the map you can blink over to a Panderan, Tatsa Sweetbarrow, who will run off and leave behind the Slippers of Agility +3.

Break through the doors and dispatch of all the Naga. At the end of the platform just before going out to the sea you can use Maiev to blink across to a garden. Inside the garden you’ll find Grank the Rat! You can’t kill Grank by trying to attack him. Instead click on him about 15 times and eventually he’ll explode, leaving behind the Talisman of Evasion.

When you are ready take your transports through the arch at the north west of the map to complete the mission.

Next: Chapter 5: Balancing the Scales