Funfair Fever is to the north of Sugarland Shimmy, just the other side of the open tent. Like the run ‘n gun levels on the first isle you’ll be able to pick up 5 Gold Coins along the way.

The first part consists of entering a long tent and using a small trampoline to jump over the walls. You’ll have to dodge the balloons that blow towards you as well. Don’t forget to bounce up to the first coin while you’re here. 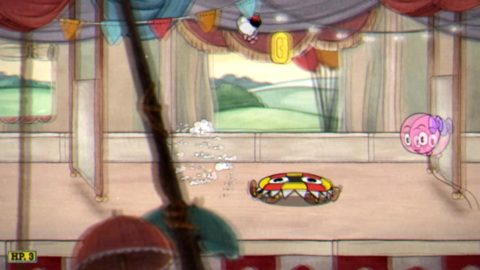 Just past the tent, between two containers, there will be a clown balancing on a red ball. You can shoot him and then dash over the ball to get to the other side. The second Gold Coin is half hidden just above the clothesline. 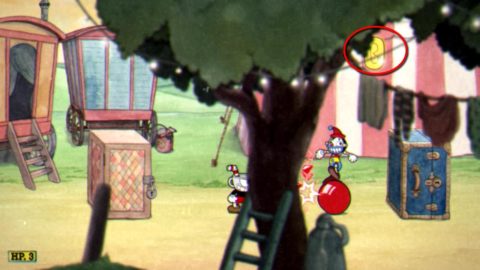 After making your way into another circus tent you’ll have to jump across a series of small platforms connected to targets. Balls will shoot across form the right, hit the targets and drop the platforms. In between the platforms you’ll need to shoot your way past a wall of toys.

It’s not too tricky. Just make sure your not standing on a platform that’s about to be hit. One of the platforms will have a Gold Coin above it. 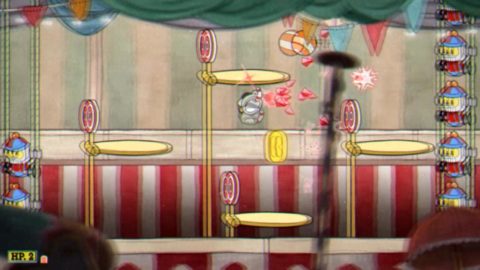 Shoot the cannons blocking the exit of the tent and head outside. Parry your way over the test of strength and then shoot the clown so that you can grab the fourth Gold Coin. 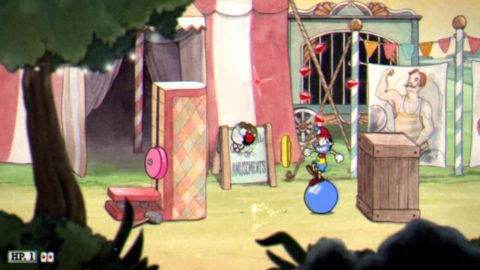 Continue to the right until you come across the token machine mini boss. He’ll shoot ducks from his shotgun that will float down. Blinking through them is the easiest tactic to avoid them. Otherwise you can hide to the far left or right to avoid them. 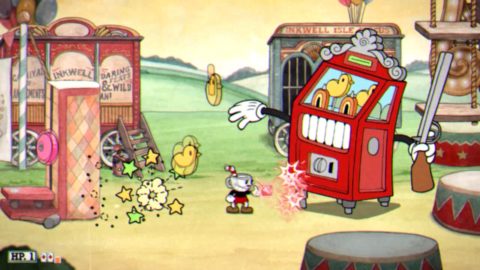 Once the machine has been defeated jump up to the moving platforms with letters on them. You’ll have to kill jumping nuts on some of the platforms while avoiding squirts of ketchup and other condiments that fly at you from the right. About half way along you’ll find the last Gold Coin. 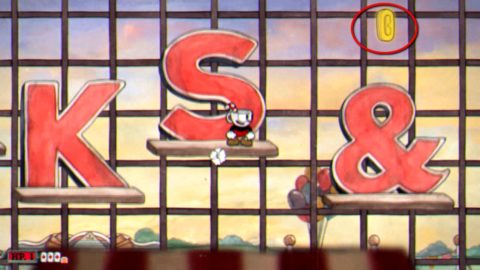 At the end of the platforms you’ll face the hotdog monster. He’s the one who’s been shooting squirts of condiments at you. He should die pretty quickly, then make your way to the right to complete the level.