For this campaign you must guide a royal family as they fight against enemies and gain new allies. This campaign consists of 8 scenarios, 6 of which you can play in a single playthrough.

Take the 1000 Gold as your starting bonus to help get a quick start. Send your forces southeast to the neutral Wizard castle. This will give you extra income to build up your forces. Continue to the southeast corner and capture the other Barbarian castle. Now that you have 2 Barbarian castles you should be able to double up your units and easily capture the other enemy castles. 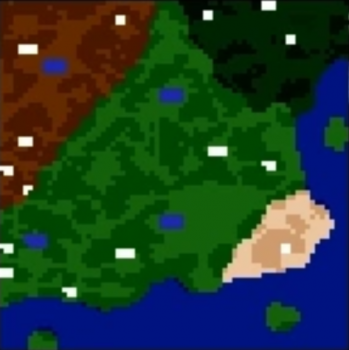 You begin with a Warlock castle and 3 towns. On the first town the enemy heroes will attack the towns. The only one you can possibly defend is the Sorceress town. Upgrade it to a castle and train Sprites and Dwarves to defend it.

Build up your forces and then send your hero to the east and capture the Wizard castle. Head back and retake the original towns that were taken over on the first day.

You must choose either this mission or Crazy Uncle Ivan. Depending on which mission you choose you’ll have either Joseph or Ivan as a hero for hire in each of the following missions. For this mission you must find Joseph before two months pass.

You must choose either this mission or The Wayward Son. Depending on which mission you choose you’ll have either Joseph or Ivan as a hero for hire in each of the following missions. For this mission you must rescue Crazy Uncle Ivan before 3 months pass.

You begin with a single Wizard castle and hero. Your starting bonus is Basic Luck, Basic Leadership or a Spiked Shield. This is a large map with lots of towns and castles. Spend some time gathering up resources and then targe the enemy players one by one. Once all enemies have been defeated the mission will be complete.

You begin with a single Sorceress castle in the southeast corner of the map. Your objective is to retake the castle of Ivory Gates. Make a quick attack on the red players castle to remove them from the game. You only need to capture the green castle of Ivory Gates so don’t worry about chasing the green heroes all around the map.

For this mission you must find the Golden Bow before 6 months pass. You start with a single Sorceress castle and there are no enemy players on the map. There are however neutral creatures and you will need to get past them as you unlock barriers and defeat the Dragons guarding the bow. 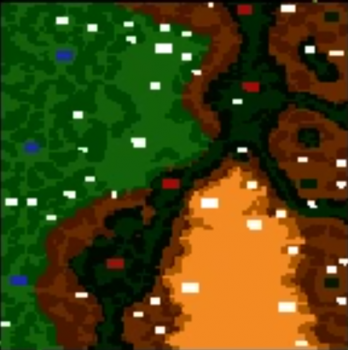 This is the final mission of the campaign and you begin with a Barbarian castle, Sorceress castle and a Necromancer town. This is a large map with both red and green enemy players. You will need to defeat them both to win the mission.

There are Obelisks on this map. If you find enough of them you may be able to work out the location of the Ultimate Sword of Dominion. This sword gives you +12 to attack and should give you a big advantage when dealing with the enemy heroes.