Switch over to a high powered weapon such as the Golden Shotgun. You’ll also be facing Spiders for the first phase so you might want to ready the High Power Flamethrower as well.

Jump down to the spike platform and get ready to avoid the spikes. The tiles will flash a blue circle, then an X before the spikes lift up. When Xolotl appears on the right platform hit him with everything you’ve got. 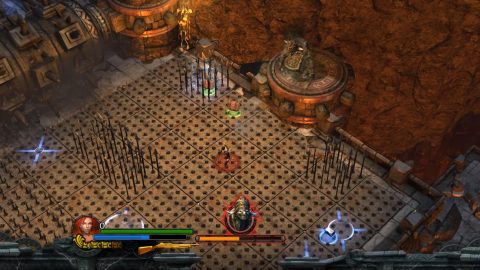 This process will continue with Spiders appearing from time to time. Eventually Xolotl will release the giant roller. Avoid it by running around to the side and then continue through to the next area.

Follow the broken path around to the right. Xolotl will appear where you were standing so make sure you keep moving. When he jumps down turn around and hit him with your most powerful weapon. 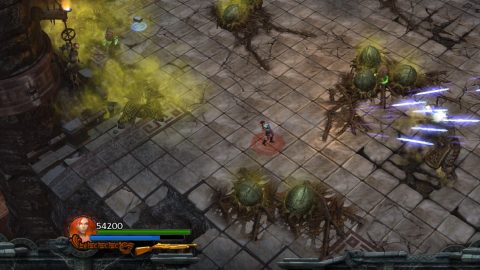 This will continue with enemies appearing as well. I like to use the Chaingun for the smaller enemies. Eventually the path to the northeast will open and you can go through to the next area.

Make your way down the broken path to the small platform below. Xolotl will appear on the platform to the northwest and then jump away.

Avoid the falling boulders and hit Xolotl when he appears on the same platform. You’ll get a few shots off and then need to avoid the boulders again. 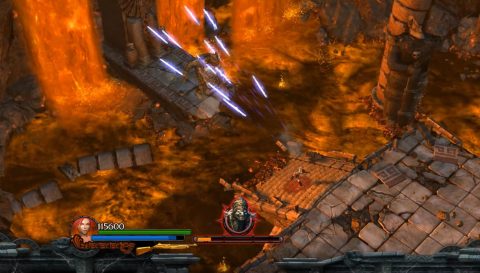 When Xolotl jumps awawy again Ogres will appear from the lava. Take them out, avoid another round of boulders and then finish Xolotl off when he appears. Enjoy the final cutscene. Congratulations on complete Lara Croft and the Guardian of Light!