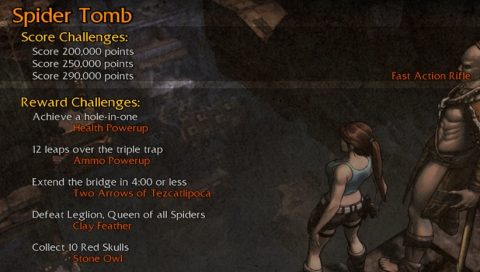 Run down the stairs and walk towards the gap. Spiders will start pouring over the edge. Take them out while avoiding getting hit. You’ll need to keep your Relic Meter at full for most of the level if you want to reach the maximum score reward.

Pull out the Handle to lift up the grapple hook and grapple across to the other side. Continue running to the northwest and take out more spiders.

Grapple across the gap and jump onto the first stone weight. You’ll need to pull down three of these to extend the bridge all the way across. 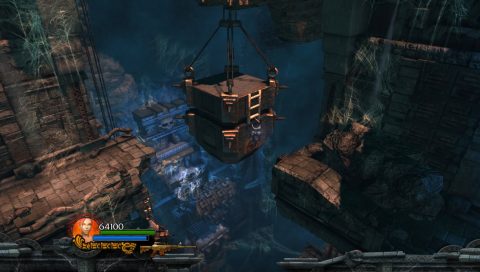 Continue around the walkway and stand on the pressure plate to open the gate. Once inside the next room you’ll be locked in until you defeat all of the enemies.

Head down the stairs to the Health Shrine and enter the first tomb.

Quickly grab the Flame Thrower, equip it in your inventory and use it to kill all the little Spiders. Leave the tomb.

Drop down to the east and place a bomb by the spinning ball. Explode it as the bomb is at about 4 O’clock. It should bounce across to land in the fire pit, giving you the Hole-in-one achievement. 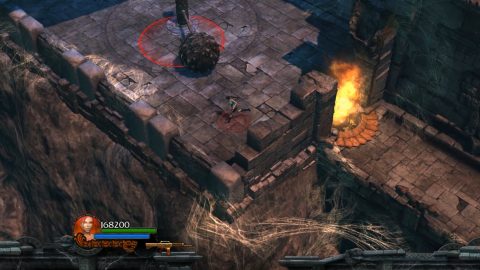 After the explosion you’ll be attacked by Ogres and Giant Spiders. The Flame Thrower does little damage to Ogres so only use it against Spiders. 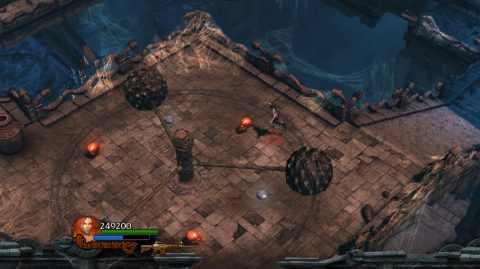 Head back to the intersection and continue north. Step on the pressure plate to open the gate and go through to the next room.

Stand on the three spiked pressure plates to open the alcove in the west wall. Inside you’ll find Red Skull #5. Head down the stairs to the large spike room.

The path through all of the spiked plates can be shown in the image below. 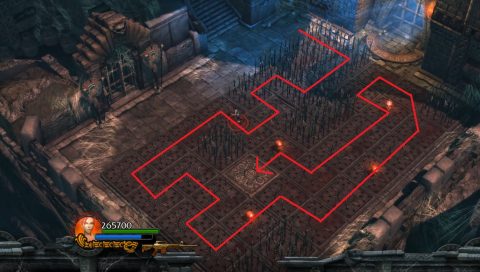 Once you trigger all the spikes the challenge tomb to the north will open.

Throw a spear at the planks on the far wall. Run over the spiked pads and jump to the spike. Once all spikes have been activated the alcove on the west wall will open. Jump back to the spiked plates and run back to safety. Inside the alcove you’ll find the Artifact (Stone Lizard).

Head out back to the previous room and go through the open gate. Go down the stairs and jump the gap in the middle. Follow the path around to a platform with a pressure plate.

Kill the Spiders and throw a Spear at the spinning spiked column. Jump to the spear, ride it around to the other side and jump to the walkway. 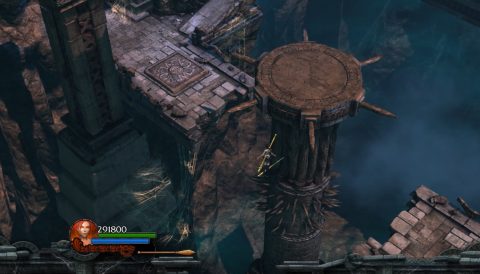 Jump up to the third weight. The bridge should be full extended now.

Jump back to the walkway, stand on the pressure plate to lower the column and jump across to the other side. You’ll be attacked by Leglion, the Queen of all Spiders. 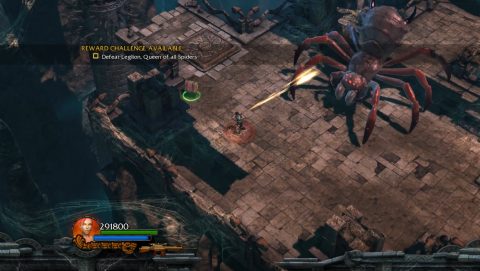 After taking out the queen and all the little spiders you can head for the bridge now or backtrack to the start of the level for a Relic.

If you want the Relic go back the way you came, up the broken staircase. Continue to the spiked plate room and up the long staircase.

At the next intersection head to the southwest. Jump from the corner of the platform down to the walkway below. Continue to the southwest and then up to the Health Shrine.

Run up the stairs back to the previous room with the spider battle and run around the walkway to the first stone weight. Climb onto it and you’ll ride it down. 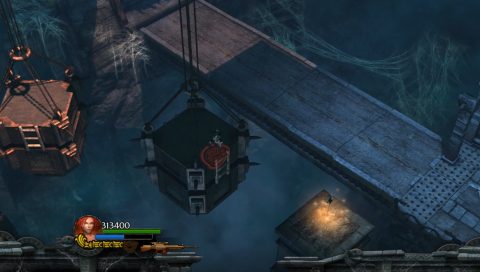 Jump across to the top of the column for the Relic (Scepter of Cihuacoatl). From here jump down to the long staircase. It looks far but you won’t take damage.

There’s one last skull to grab. From the stairs throw spears at the nearest column. Jump up the spears to the top of the column. Then jump across to the column with Red Skull #10. 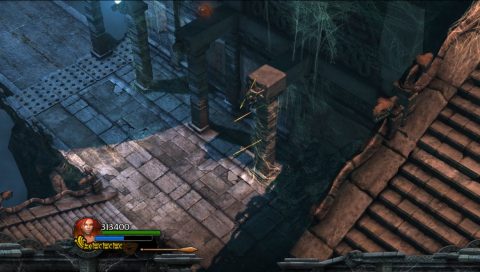 Run across the bridge to the northwest. The spiked roller will lower and the bridge will start to retract. Shoot the mechanism above the roller to release it. Then hang off the edge of the bridge as the roller moves past. Climb up and run up the stairs to the exit.