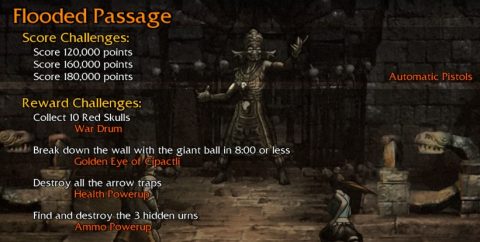 Jump across the gap and run up to the boulder. Move it out of the alcove to find Red Skull #1. 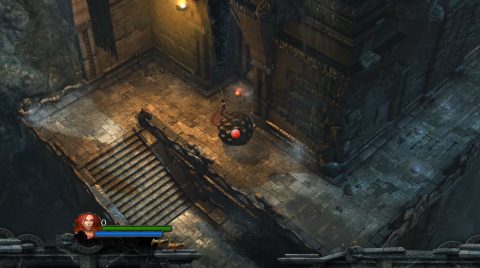 Use the boulder to hide behind as you move along the walkway to the Arrow Traps. Destroying all of the arrow traps in this level is one of the challenges.

Head up the stairs, kill the Skeleton and pull the handle to remove the metal beams. Swing across the gap to the other side.

Head down the stairs and use the next boulder to make it down the platform as you avoid the arrow traps. Destroy the Arrow Traps and go back for the Health Upgrade in the east corner.
Come back and jump over the pods to the west. Take out the Ogre and then enter the first tomb. 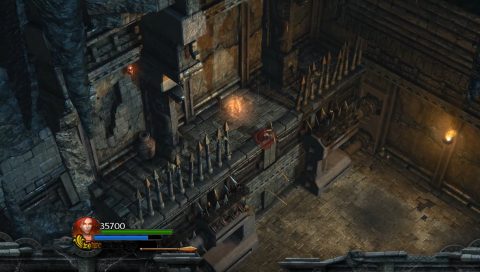 Jump on the clay jar and place a spear in the wall. Jump on the spear and then up to Red Skull #2. Leave the tomb and head up the steps to the north.

Jump on the pod for Red Skull #3. The use the grapple ring to hang off the edge and swing over to Red Skull #4. Swing to the right and drop a bomb on the target. Blow it up to remove the metal spears blocking the path. Climb back up and continue on your way.

Destroy the Urn around the corner to the left. This is the first of 3 hidden Urns for the challenge.

Place spears on the wall across the gap and make your way across, grabbing Red Skull #5 along the way. 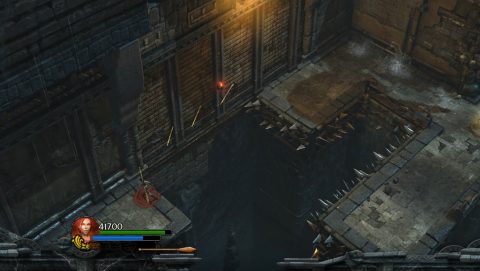 Hang over the edge using the next ring on the ground and drop down to Red Skull #6. Just watch out for the pod below it.

Climb back up and continue around and down the stairs. Grab the Ammo Cache as well as the High Power Assault Rifle and enter the tomb.

You’ll be attacked by many enemies. Kill them off and then use the boulder to jump over the spikes to the left. Grab the Red Skull #7 from the pressure plate. Stand on the pressure plate to lower the spikes. Make sure you destroy the Urn in the top left corner. This is the second of 3 hidden urns. 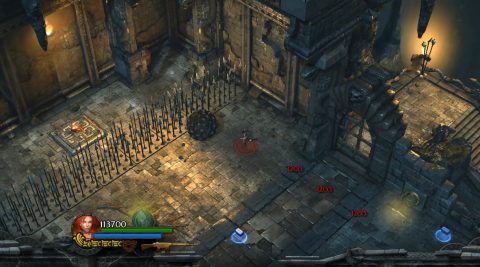 Quickly jump on the urns and grab Red Skull #8 above the pod before the enemies appear. 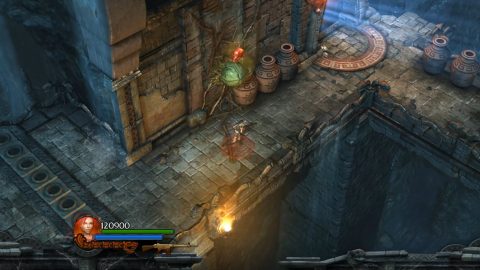 Take out the enemies and go into the next tomb. 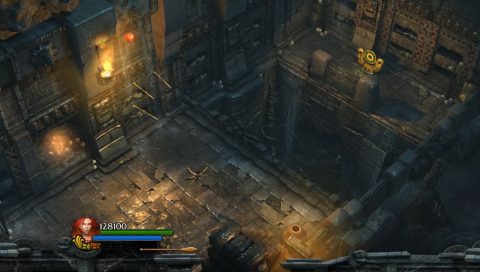 Drop down and grab the Artifact (Gold Feather) from the alcove and leave the tomb.

Run along the walkway and jump over the gap. Make your way up the flights of stairs, killing the lizards along the way.

Run around the spears to the right and come back to the left to step on the pressure plate. This lowers the next set of spears. Continue forwards and take out another Ogre and Skeletons. 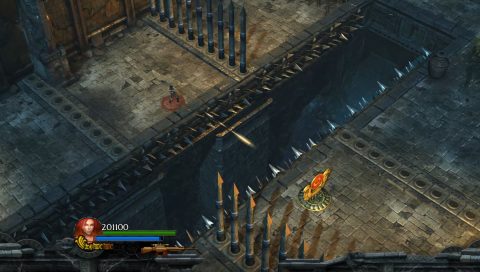 Run back around to the right, hit the target again and continue forwards. Take out the Ogres, step on the pressure plate and run around to the left side where you can leave the long platform.

After the cutscene jump over the gap and run up the stairs to the left. At the top you’ll find a pressure plate. Stand on it and quickly run back down the stairs. A giant boulder will roll down after you and smash through the wall to the right.

Head back up the stairs to the top and grab the Ammo Upgrade from the hand statue that held the boulder. Come back down and follow the boulder to the right.

Follow the passage around and break the third hidden urn to the left. Break the urn in the top right corner for Red Skull #10. Go through the tomb entrance to complete the level.