When you enter the Explodatorium a minion will tell you that everything’s going haywire and that there’s an intruder inside. Make your way past the burners and exploding rats. When you get to the area with blocks piled on top of each other break the wall to the left for a secret. 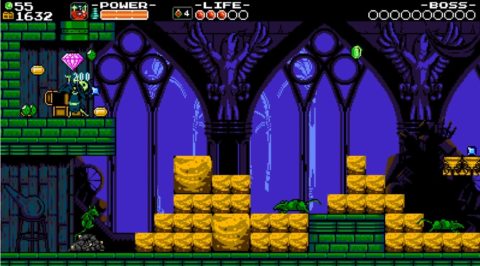 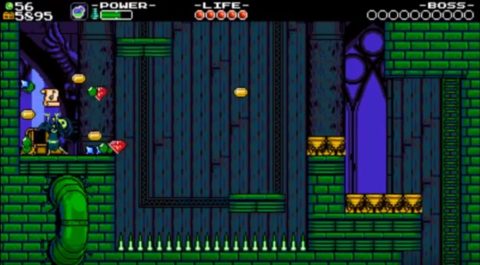 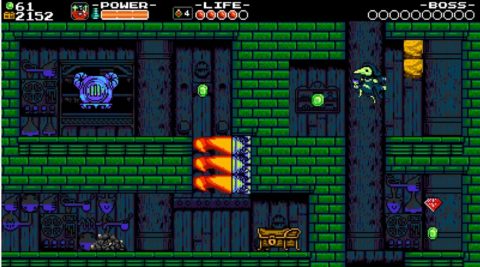 Drop down and head left across the burners to the ladder. Climb up and take out the slime knights. Head across to the right for a chest with the Alchemy Coin. Boost up to the cannon and use it to be shot back up to the area above.

Head across to the right and boost up to the top ledge. Run along it and take the exit to the right where you’ll find Chester. 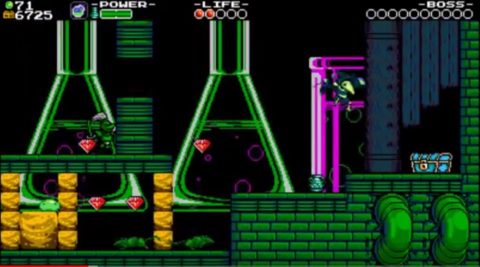 He’ll trade the Alchemy Coin for the Staff of Surging. The staff lets you shoot upwards and forwards so it’s a good addition for platforming but also does damage to enemies that get in the way.

Head back to the left and drop down twice to the second checkpoint. Continue to the right, past the slimes on blocks, and boost up for Music Sheet #13. 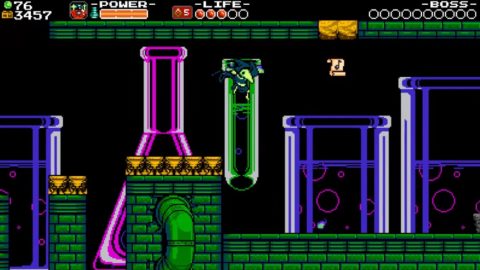 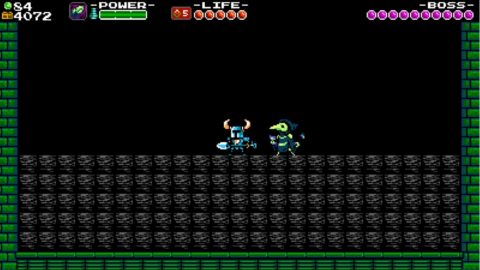 The Shovel Knight has infiltrated the Explodatorium! Killing him shouldn’t be too hard because he doesn’t have many abilities. Once you get him in a corner keep firing bombs at him until he’s defeated.

Once you’ve complete the Explodatorium or one of the other main levels in this area Reize will appear on the map. He won’t leave until you defeat him. This boss fight is fairly easy, especially if you can get him in a corner and pound him with bombs. If you do get into trouble use the Leech Liquid to restore some of your health. When you defeat Reize he drops Music Sheet #14.