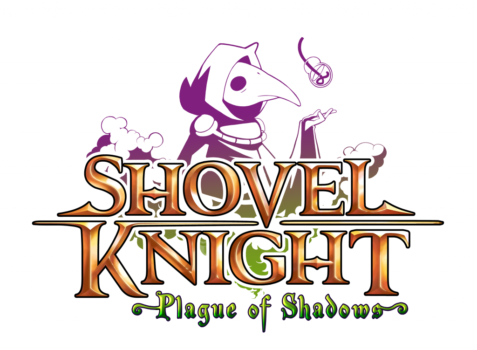 Plague of Shadows is the first expansion for Shovel Knight and tells the story from the point of view of the Plague Knight. He has a double-jump and a unique bomb attack that allows you to boost jump and slow your fall. His movement is very different to Shovel Knight so spend some time getting used to his jumps and boost jump.

Once you complete the Plains you won’t be allowed to enter the village. Head to the right, blow up the house and drop down to find the Potionarium. Here you’ll be able to purchase different powders for your bombs, spend Cipher coins for research and hand in your Music Sheets for a reward.

The Plague Knight doesn’t use relics. Instead he has Arcana, magic spells that have a variety of effects. They use Power, the green bar on the top left of the screen. The first Arcana is found in the Potionarium. The rest are bought from Chester in the 8 main levels.