The Lost City is a fire-themed level with some bouncy slime mixed in for good measure. There’s two music sheets to find, a new relic, the Dust Knuckles and a fairly easy boss fight.

The fire creatures can’t be attacked from above so swipe them from the side. Jump across to the right and check out the chest for more gems. Head back and make your way down. Continue down to the room with the blue birds and break the wall to the left twice for an Apple. 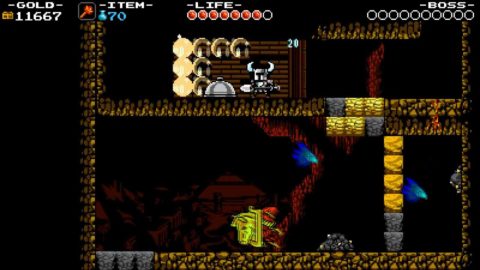 Take out the enemies and continue down. You’ll land on a Big Bohto, a creature that can walk through the lava. If you land on it’s back you’ll bounce off the gelatinous section. You can also walk along the front horn. Ride the Bohto across to the right and avoid the lava dripping down from the roof along the way.

When you get to the end break the wall for a secret chest with gems. Bounce off the Bohto and continue to the right. Kill the Mole Minion. He looks big and has a fireball attack and sword strike but only has 4 hit points. Break the wall to the left for a Chicken. 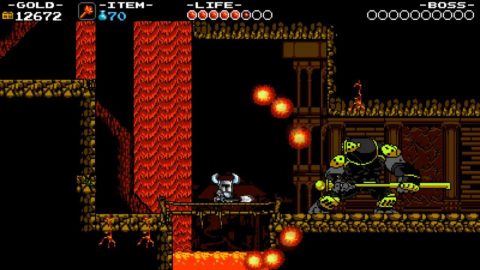 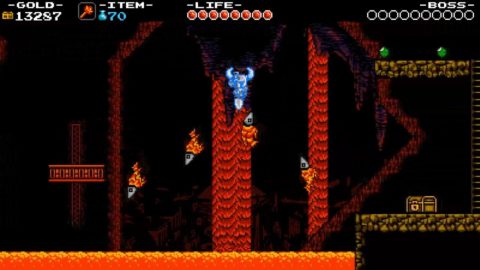 Bounce across back to the left and this time go down. Eventually you’ll land on some bouncy gel. Bounce up and break the wall to the left to find the chest with Chester inside. He’ll sell you the Dust Knuckles for 3000 gold. Try out the Dust Knuckles on the dirt blocks and make your way around to the chest with gems inside. Go back the way you came to the third Checkpoint.

Bounce your way across to the right. Hitting a slime ball onto the lava will turn it into bouncy gel for a few seconds. Turn the lava into gel and then hit the wall to the left for a secret chest. 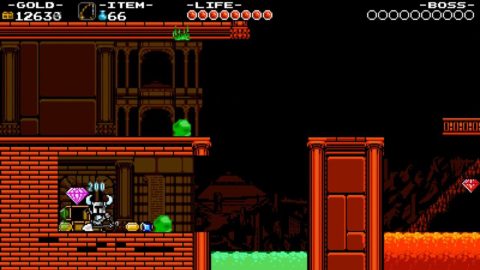 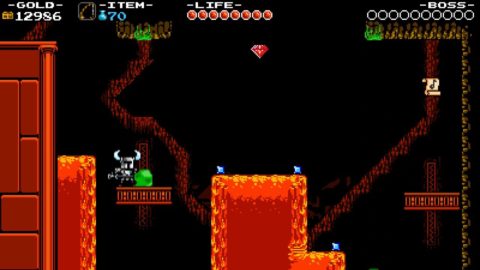 Use the slime balls to turn the lava into harmless gel and then bounce across to grab the music sheet. Make your way back and head down.

If you purchased the Dust Knuckles use them to easily defeat the red knight. Break the exploding blocks and continue down. When you see the Big Bohto break the wall to the left and use the Dust Knuckles to make it across the spikes to a chest with gems.

Head back, touch the Big Bohto to get him moving and then follow him along to the right to the last Checkpoint. Break the wall with the fossils for a Chicken and then break through the blocks to the right for the boss fight. 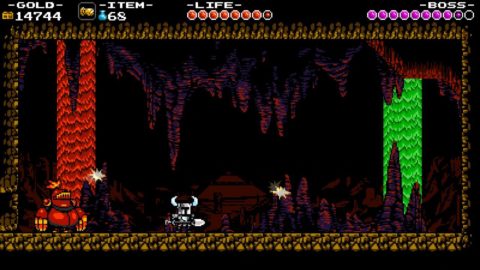 The Mole Knight has a few attacks. He usually begins by flying at you from the side of the arena. He also has a sliding attack where he shoots stars as he slides. Occasionally he will slam on the ground and dirt blocks will fall from the roof. Use the Dust Knuckles to quickly break through them.

Once you get close to the Mole Knight use the Dust Knuckles to do damage to him quickly. When the Mole Knight summons lava don’t touch him. He becomes invincible for a few seconds so just dodge the dripping lava and stay away from him.

The Mole Knight will summon more and more blocks, as well as explosive blocks. Break them as quickly as possible and get close to the Mole Knight to finish him off.