The Armor Outpost is another peaceful village where you can upgrade your shovel and armor. To find the Music Sheet walk to the left and downward strike off the sign. Bounce over to the roof to the right and jump across the roofs until you find the Music Sheet.

Jump over to the ladder and climb up to Aerial Anvil shop where you’ll find the shovelsmith and blacksmith. The Shovel Smith offers three upgrades to your shovel.

Trench Blade 3,000 Gold– Digs an entire pile of dirt in one sweep.
Charge Handle $4,000 Gold – Hold attack for a powerful charge slash. You perform the attack when you release the button. While charged you’ll move much slower.
Drop Spark $6,000 Gold – Slash with you blade to spark the ground. Only works when you’re at full health.

The Blacksmith offers five upgrades to your armor. Some of the upgrades are more useful than others.

Final Guard 3,000 Gold – If you’re worried about dying this armor reduces the amount of gold you lose from 25% to 12%.
Conjurer’s Coat 4,000 Gold – This armor is good for the magic user but comes at a price. It adds 50 magic but you’ll take double damage from enemies.
Dynamo Mail 6,000 Gold – Performing two downward strikes gives you a charge slash. This is similar to the charge slash from the charge handle but it doesn’t have a movement penalty.
Mail of Momentum 6,000 Gold – Wearing this armor significantly reduces the knockback from enemies. The payoff is that it also reduces traction, meaning you’ll take longer to stop.
Ornate Plate 8,000 Gold – Gives no movement or combat bonuses but looks pretty and sparkles when you run. 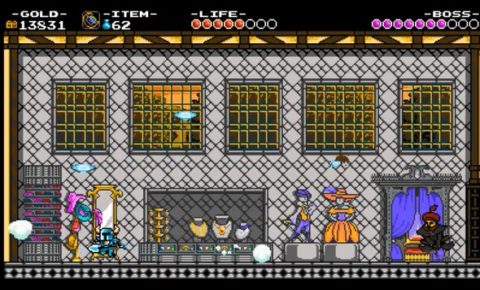 Mr. Hat runs the Fancy Shop at the Armor Outpost. Pay the people in the shop so that they leave and then speak to Mr. Hat. He’s obsessed with hats and won’t let you leave unless you give him your helmet. A knight isn’t a knight without a helmet so get ready for a fight.

Mr. Hat has a few different attacks. His basic attack is a sword strike. He also throws red swords at you. Occasionally he’ll take his hat off and hats will float around him like a shield. Fo another one of his attacks he’ll bounce around and throw tea plates at you.

It’s safer to take out Mr. Hat from a distance. Use fireballs from the Flare Wand as much as possible and keep your distance. When he uses his hats as a shield he’s still vulnerable to fireballs. Once he’s defeated you’ll be rewarded with 5,000 Gold. Leave the shop and speak with him again, he’s sitting on the sign outside, for another 1,000 gold. 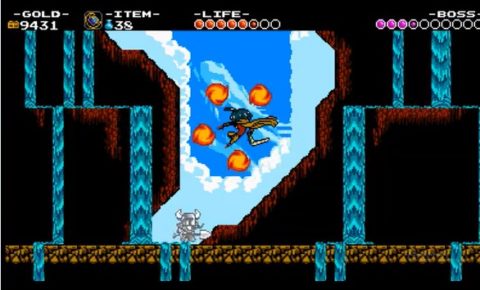 When you’ve defeated one of the knights from the Explodatorium, Iron Whale or Lost City, Reize will appear on the overworld. Running into him will begin this encounter. He assumes you’re a bad knight and wants to defeat you.

He attacks with two large boomerangs that bounce around the arena. Dodge past them and get in close for a few swipes. After a while Reize will surround himself with fireballs as a shield. You can swipe them or use your own fireballs to take them down one by one. Once you defeat him he’ll realize you’re one of the good guys and gives you a Music Sheet. 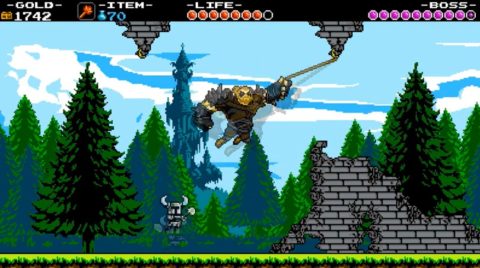 Once you leave the Armor Village Baz will appear on the overworld. Running into him begins this encounter. Baz is a big guy and has a whip to attack from a distance. Jump over his whip as he lashes it towards you and strike down from above. He’ll also lash his whip upwards so you’ll need to constantly change your direction of attack.

Baz likes to use his whip to swing up in the air. It can be difficult to hit him when he’s swinging but you can jump and attack for a few extra hits if you’re careful. When he drops down he causes a large shockwave to go out from the left and right.

When Baz is low on health he summons a lightning storm that causes lightning bolts to go out of him in an X shape. Once he’s been defeated hit him a few times for a few extra gems.