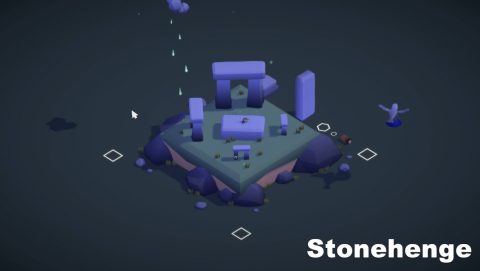 Enlarge the cloud so the tree in the middle grows. Grab the horn from one of the branches and enlarge it. The sound will scare the bird and it will drop the hat. Pick up the hat to find pillar #1 underneath.

Make the stone arches large and then make the roots large and small to knock over the stones. One of the standing stones is pillar #2.

You should be able to pick up two plain standing stones. Make one medium and the other small. Place them in line like dominoes near the third stone and use the log to knock them over. The stone will break revealing pillar #3.

Resize the cloud to medium and a second tree will grow. The turtle is hiding in the branches of this second tree. 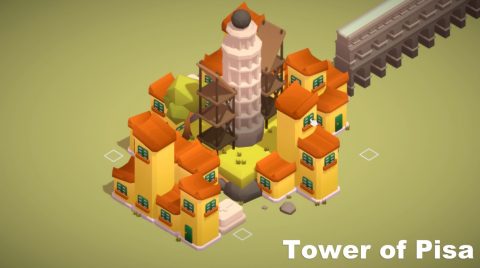 You’ll need to roll the ball off so that it hits the tombs on either side of the tower. Inside the tombs you’ll find pillar #1 and pillar #2.

Lean the tower of Pisa over to find pillar #3 underneath on one side and the turtle on the other. 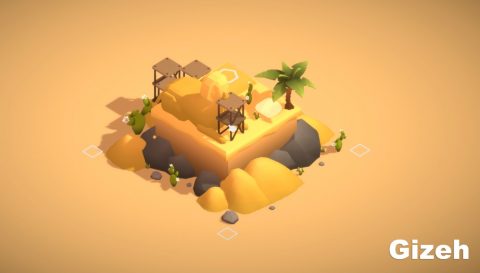 Grab the nose of the sphinx and drop it on the ground. It will break and reveal pillar #1.

Make the palm tree smaller. The oasis will dry up and a cloud will form. Make the cloud larger and the wind will blow away the sand. Make the scaffolds with the jars larger and push the jars off with the sphinx paws. One drops a pyramid piece the other pillar #2.

Behind the island you’ll find the turtle hiding between the scaffolds. 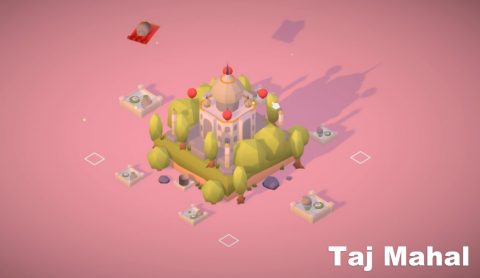 The fountains in the ponds are shooting water. Size them so that the water goes from one to the other and then to the front and back of the Taj Mahal. On one side the fountain will shoot up and knock the jar from the flying carpet. When it breaks it reveals pillar #1.

On the other side the water will reveal pillar #2 on the flower.

Now resize both the front and back fountain so they shoot water into the chute on the ground. You may need to remove a rock on one side. This sends water up through the garbage bin on the side where you’ll find the turtle.

Make the four red balloons large and pop them with the four pillars. One of the balloons will drop pillar #3. 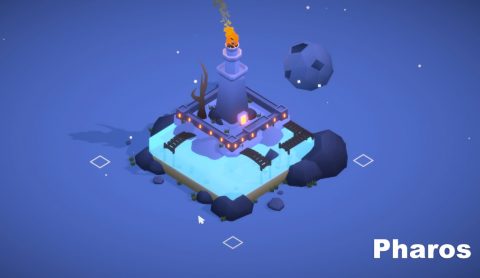 When the fire at the top of the tower is lit the moon will come out and when the fire is out the sun comes out. Make the moon smaller and the tide will lower. You can pick up pillar #1 from the river.

Maker the moon larger and smaller again until the boat makes it all the way to the jetty. Grab pillar #2 from the chest on the boat.

Reduce the size of the moon again and look under the jetty. You should see a small hammer. Grab it and make it bigger. Use it to smash the nail in the ground. Do it twice and part of the tower will smash open revealing pillar #3.

Before you leave you’ll want the turtle. Make the flame smaller and the moon large. You should spot the turtle hanging onto the underside of the moon. 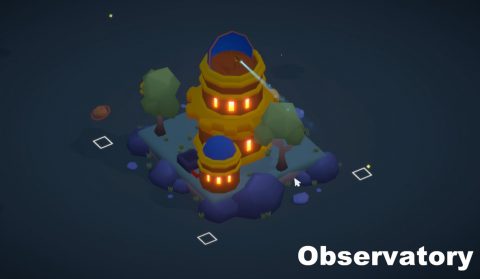 Make the trees smaller until you find a large gear. Place the gear on the side of the observatory. When the gear is large the obseratory will spin around.

Spin the observatory around to look at the green planet with the clouds. Make the telescope larger so the planet is magnified. Reduce the size of the clouds until you find pillar #1.

Turn the observatory around to the red planet. Resize the telescope until the planet is magnified. Reduce the size of the broken rockets on the planet to reveal pillar #2.

Turn the observatory to the brown planet. Make the telescope small to magnify the planet. Grab the power unit and place it in the slot by the observatory. Resize it and the smaller observatory will open revealing pillar #3.

Before you leave grab the turtle. He can be found on the side of the observatory about half way up on the ledge made of the central cog. 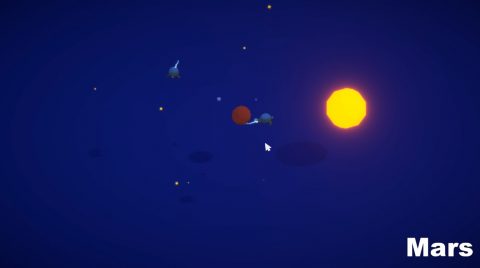 Secret Level #9 can be found by reducing the size of the sun to turn it into a black hole. Restart the level and this time make the planet bigger. The turtle space ship will land on the planet.

Make the tree on the turtle bigger. It drops a seed. Make the hose bigger to water the see and a tree will grow. Do the same on the other side. One of the trees will have pillar #1.

The turtle space ship will leave and return with some pods and the hidden turtle. Place the pods on the hexagons on the ground. A car will arrive with pillar #2.

Make the pods larger so they connect to the power. A UFO will appear. Make it larger and remove the large stone by the tree. Underneath you’ll find pillar #3.