You begin the level in the sewers. Drop immediately down and take out the small rat that attacks. Find the movable block and push it twice to give you access to the next room. 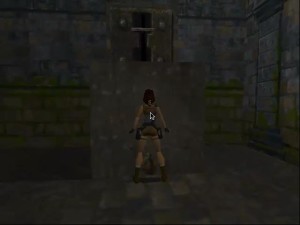 Move to the side and push the block so that it’s under the switch. Climb on top and pull the switch.

This will open the hatch to the left of you as well as the silver door which releases two more rats. Kill them from the block before dropping down.

Inside the room with rats is a large medi-pack. Pick up the pack and drop down the hatch.

You’ll fall down into a room with only one exit. Take the exit and have a look at your surroundings. 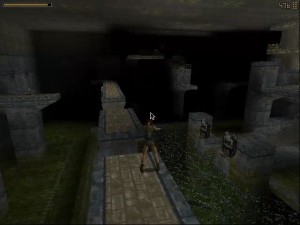 You’ll find yourself in a large room with a pool in the center and various doors around the edges. Before you continue kill the large crocodile swimming around in the pool.

Once you have killed the crocodile do a running jump to the ledge on the right. Kill the rat, walk around and grab onto the crevice.

Hold on to the crevice and make your way to the left. You can drop down to the platform when you see the shotgun shells below you. 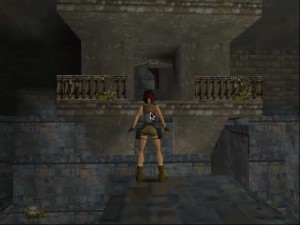 Turn to the left and grab the crevice again. Continue making your way to the left and drop down when you reach the end. Run around the platform and climb up the pillar. Once you’re on the square pillar turn right and take a standing jump to the balcony in front of you.

As soon as you run into the room ahead you’ll be greeted by Pierre who will try to kill you! Take him out with a few shotgun blasts and run past him so he can get away. 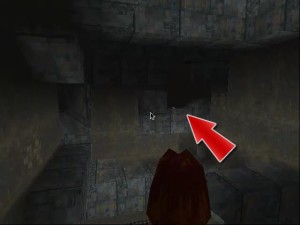 Once you have the shotgun shells jump back down to the center ledge where you came from. We’re heading to the ledge shown in the picture to the right.

Jump across once more to the ledge where you started and position yourself so you can jump up to grab the small medi-pack.

Once you have the medi-pack turn right, go to the end, turn left and jump up the wall in the darkness and grab on. You’ll climb up into a secret area. Keep climbing until you find the shotgun shells.

Walk forward, slide down and before you hit the end jump over to the other 2 x shotgun shells. From here you can drop down the hole and slide all the way down to the cistern switch area.

Don’t pull the switch just yet, we want the water level to remain high for now. Drop down into the water and swim through the tunnel until you come to an opening. Rats are swimming around here so you want to pull up out of the water quickly to the ledge in the corner. 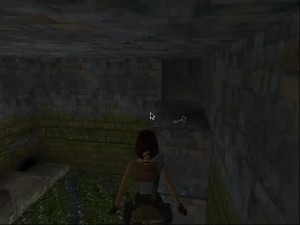 Climb up the stairs, turn left and do a running jump to the ledge in the opposite corner.

Perform another running jump to the ledge with the rusty key.

Continue forwards in to the new area. Make sure you kill the rats before dropping down.

Walk to the right and drop down the slide back to the main cistern room.

Back to the Cistern 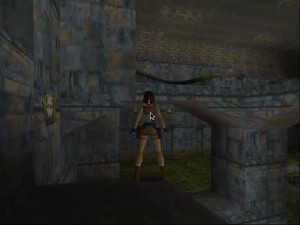 Drop down one block and jump to the ledge to the left as shown in the picture on the right.

Turn left on the ledge and jump up the pillar where the crevice ends. Turn right. Jump up to the higher ledge and run around until you find the second rusty key.

Turn right. Drop down to the ledge where you killed the rat and follow the ledge, jumping across to your starting position when you entered this room.

Turn right and jump across to the ledge in front of you. You’ll see two doors to the right. 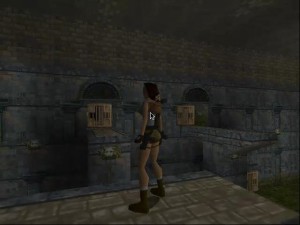 If you’re not sure where you’re supposed to be have a look at the pic on the left.

The two rusty keys you’ve collected will open these doors. First head through the door on the left and use one of your rusty keys.

As soon as you open the door you’ll be attacked by two gorillas. Take them out and quickly jump up onto a ledge because Pierre will be following behind you.

Keep shooting Pierre until he runs away. Do running jumps across all three ledges. Picking up a large medi-pack as you go.

From here jump back onto the third ledge where you came from. Now you want to do a big running jump to grab the crevice higher up. Move all the way to the right and drop down onto the ledge.

Follow the slides down until you reach the floor and kill the two crocodiles that attack. Around the back is a third crocodile, a rat and a large medi-pack. 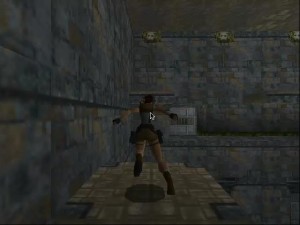 Turn to the right, do a running jump to the next ledge and then drop off to the ledge further down. From here you should be able to turn left and grab onto the crevice.

Make your way across to the left and climb up to the door. Pull the switch to open the door and walk through.

Drop down, take on the rat and drop further down into the green room. 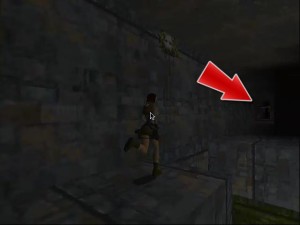 From here climb up the steps and once you reach the end turn right. Climb up and run around the edge of the wall, jumping as necessary until you see the switch.

Pull the switch which opens the door down below. Safely drop down and grab the silver key.

Be careful because Pierre will also be down here. You’ll need to chase him away once more.

Dive into the water and swim into the next room. From here you’ll see a switch on one of the blocks which can only be used once the room is filled with water. 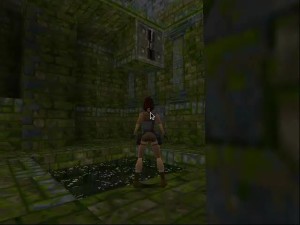 We can’t pull this yet so dive down again and keep going. This should take you into the pool of the main cistern area. I hope you’ve killed the crocodiles already!

Climb up to the balcony that you used before, it’s above the ramp, with the cistern switch. This time go in and pull the switch to raise the water level in the entire area.

Dive into the big pool with crocodiles and find one of the small openings on the west side. This is the second secret for the level. Follow the tunnel along and pick up the magnum clips.

From the pool once again swim to the north end and follow the tunnel back to the room with the lever you couldn’t reach. Now you’ll be able to swim up to the lever and pull it, opening the door below.

If you need medi-packs and shotgun shells pull yourself up here and grab them after you’ve killed the rats. 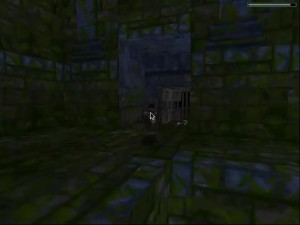 Dive down into the water and pick up the second silver key. This will open the door beyond allowing you to get out.

You’ll come out into the main cistern area once again.

Now you want to head across to the second rusty door. Remember the first one you opened earlier. This one is now at water level so it’s much easier to get to.

Use your rusty key and drop down. The spikes would have killed you if it wasn’t filled with water.

Dive down and follow the tunnel until you come to an underwater room with a gold key. Pick up the key and the door to the cistern area will open, letting you through. 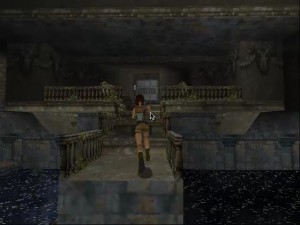 Climb up to the balcony area with steps, shown on the right.

The block to the left of the door lock can be pushed, giving you access to a secret area. After doing a backflip to get up to the ledge you’ll find a large medi-pack and 2 x magnum clips.

Open the door with the silver key. Beyond it is another door you need to open with your last silver key. 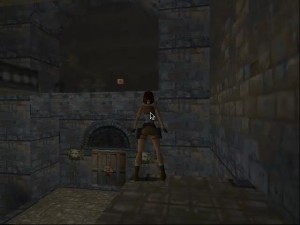 The lock to open the gold door is on the ledge above it. Who puts these things here anyway?

Climb up the pillar to the right. Turn around and jump to the ledge over the entrance. From here take a running jump across to the gold lock.

A gorilla will attack from around the corner so get ready with your guns.

Unlock the door with the gold key and take care of the lions before dropping down.

Some of the blocks here are broken so look before you leap. Before pulling the lever run around to the back right and pull out the block twice. Now you want to pull the block from the side, so you’re pulling it closer to the entrance five times. This will allow you to climb up and jump up to the higher balcony.

Pick up the large medi-pack and magnum clips and take out the rats as they appear. To the right is an opening overlooking the lion cage. You can take out the three lions from here before dropping down to pull the switch, opening the door. 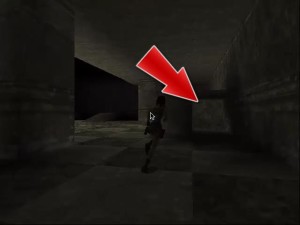 Now you can head back to the level exit which is behind the block that you pulled out.

Step into the opening and drop down into the water below…

Continue on to your final confrontation with Pierre DuPont in the Tomb of Tihocan.