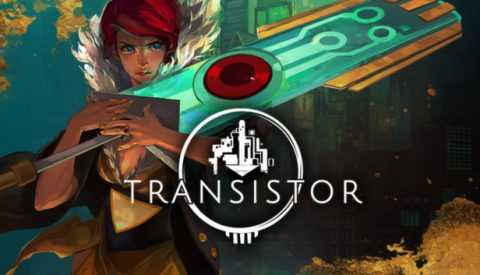 Transistor is a sci-fi action RPG by the developers of Bastion and Hades, Supergiant Games. It features hand-painted artwork in a futuristic city with an atmospheric soundtrack and hours of reactive voiceovers.

You play the role of a woman named Red who finds a large sword, Transistor, at the beginning of the game. The sword can be used along with various Functions, or skills, that you’ll learn as you progress through the city. These functions can be used in active or passive slots. They can also be used to upgrade and interact with other functions.

Press pause and go into tactical combat whenever you can. You get bonuses for attacking from behind and can often put yourself in the right position to hit multiple enemies at once.

Target down the enemies that buff other enemies first, such as Cheerleaders and Weeds. Experiment with the various abilities. You can place them in different slots to make them active or passive.

Once you reach the Backdoor try to complete as many challenges as you can. They give experience and will help level you up faster. If you’re finding the combat too easy equip “Limiters” that make the combat more difficult but give you extra experience.

If there’s too much going on press the Turn button to pause the combat. You can plan your attack and undo any attacks before you initialize them.

If you run out of HP it’s not the end of the world. You’ll get one more emergency turn to plan your combat. If you still run out of HP you’ll get an “Overload”. One of your abilities will be deleted, the one that takes the most memory, and your health will return to full. The ability will be locked out until you visit a number of access points. If that happens it’s a good time to try something new.

Part 1: Picking up the Pieces

Part 4: The Spine of the World