Chapter 6: Mausoleum of the Fallen

This level is fairly well laid out. There’s the starting area, with two scrolls, which leads to a large circular room. Around the room are four courtyards, each leading to a building of one of the four elements. Each of them has two Orbs to destroy and a scroll. Once you’ve destroyed the Orbs you can enter the central pillar and climb it to the top to end the chapter.

When you drop down proceed through the courtyard hugging the right wall. shadow leap up to the top of the small building and drop down inside. 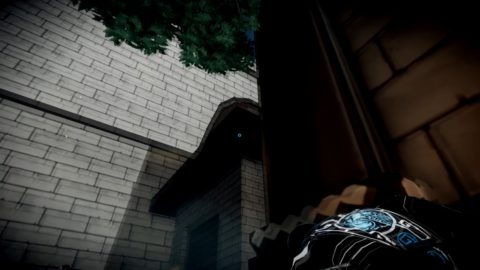 Drop down the hole to the tunnel below. Walk around the corner to the right for the first Scroll. Turn around, walk to the end and shadow leap up through the grate.

Walk out of the small room, turn around and head up the steps. The second Scroll is just behind the monument. 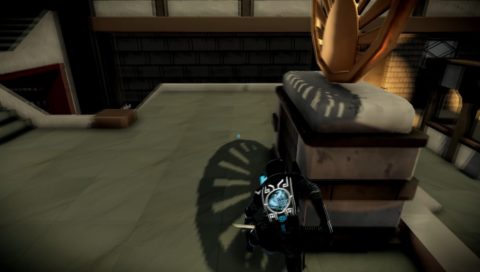 Continue up the steps and follow the guard to the left. Walk behind him down the hall and either leap up to the rafters to get behind him or wait till he turns around and shadow leap past him. Continue past the Archer and go through the grated walls to the central area.

I find it easier to start on the upper level so shadow leap up to the overhang and sneak in through a window. Sneak around to the left and kill or leap past the guard standing in front of the door. 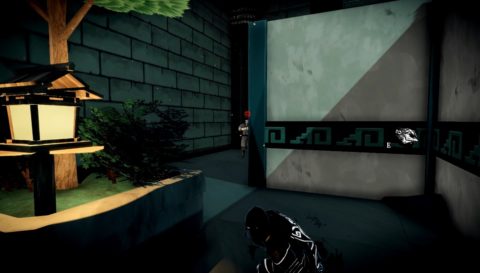 Go through the door and then the hole in the wall to the right. Follow the passage around to the blue Orb and destroy it. Enter the room opposite and shadow leap up to the ledge where you can destroy the second Orb.

Shadow leap through the hole in the roof but watch out for the two Archers. Use Kage if you need to stay invisible and pick up the third Scroll. That’s it for this area so head back to the windows and drop down to the courtyard.

Use the Shrine to replenish your skills and then shadow leap back up to the first floor of the large circular building. Continue around the walkway and drop down into the next courtyard.

Once you’ve removed the barrier sneak out along the walkway towards the center. The first half is in shadow so you won’t be seen. Once you’re out in the open use Kage and quickly destroy the Orb. 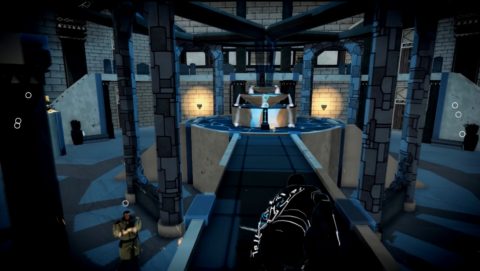 Head back through the windows to the courtyard and shadow leap up to the main building. Continue around anti-clockwise to the next courtyard and drop down.

The windows are sealed so you’ll need to go through the lower gate. Shadow leap through and carefully make your way around the corridors to the first Orb. There are at least three guards on patrol here so keep an eye out for them or take them out when you find them. 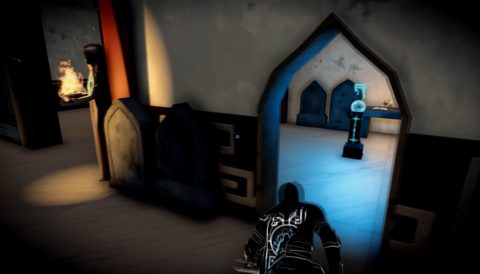 When you break the orb the light barrier in the next room opens so go through and head up the stairs. Shadow leap through the gate to a narrow room.

A guard stands outside so use your chimes to lure him into the room and either kill him or leap past him outside. 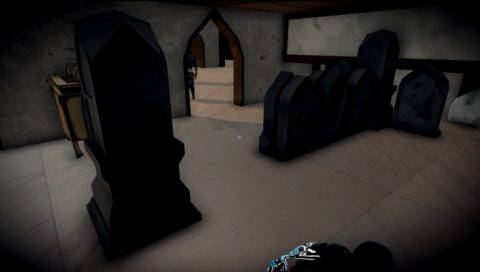 The second Orb is found in the central room guarded by a single guard. You can easily shadow leap past him into the room.

The Scroll for this area is found in a small room in one of the corners. Keep to the shadows and use the objective markers to find it.

Once you’ve destroyed the orbs head back down the stairs and through the corridors to the courtyard. Shadow leap up to the main building and head around to the final element.

Shadow leap up to the windows on the first floor and go through. If you try to kill any of the Archers around the outskirts be careful of the the two Archers watching from the central platform.

The first orb is out in the open in front of a watching Archer. Get as close as you can to it and then either use Kage to get close enough to destroy it or quickly move in when the Archer is looking away. 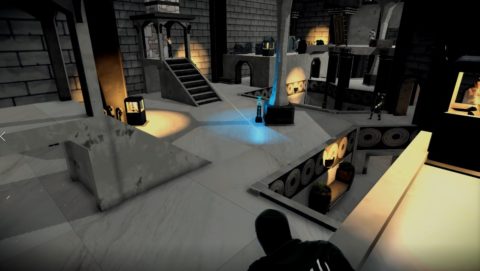 Drop off the walkway behind the orb and crawl through the gap underneath. This is where the final Scroll is hidden. 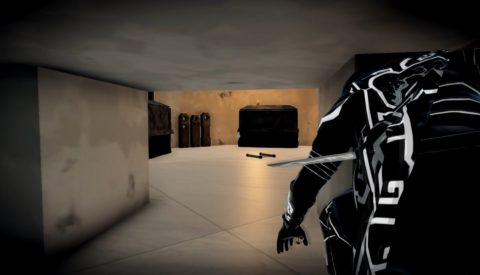 Shadow leap up to the top room of the central pillar to break the final Orb. Yamiko should tell you to head to the door to the central room.

Make your way back to the main room and walk along one of the rafters above where the two guards are talking. Drop down, and Shadow Leap into the central pillar. 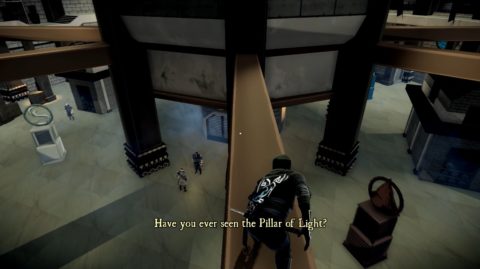 Head up the stairs until the cut-scene starts. The pillar will be activated and you’ll need to make it out the gate up the top without being hit by the beams of light. As soon as you shadow leap through the gate at the top the chapter will end.