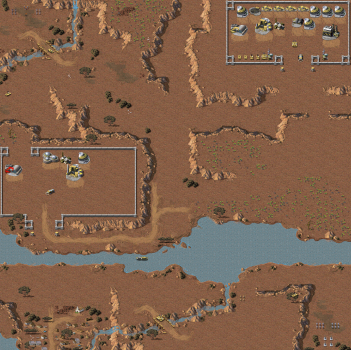 You start the mission with your forces split into two, one in the top left the other in the bottom right. You’ll need to bring the Artillery in the south to the western edge so they can shoot the Guard Turrets across the river to the north.

The northern group will need to head to the south and capture the GDI base. To make matters worse there’s a gun boat patrolling the river to the north of the Artillery group.

There’s a Mammoth Tank protecting the bridge to the west. Take it out as quickly as you can while keeping your infantry from being trampled.

Bring your Commando from the northern group down to the south, to the river, and then west to scout out the two Guard Towers. Use your Artillery from across the river to destroy the Guard Towers. Now bring in your Engineers to take over the Refinery, Power Plant and Communications Center.

The Church in the south, near your Artillery, has a money crate so destroy it for $2,000 cash. The Gunboats should have stopped firing by now so you can park any remaining Artillery by the river and they will bomb any GDI units that try to enter your base.

You also have access to the Obelisk of Light in this mission. A good place to build it is in the south eastern border of your base to snipe any GDI units that come too close.

The GDI base is in the north east section of the map. They’ll send their Harvester to the Tiberium field to the south of their base. Send Scout Bikes or Tanks to destroy their Harvesters and be prepared for a counterattack. Build up an army of Tanks, Bikes and Artillery to storm the GDI base. Make sure you capture the Research Facility. Once you have the Research Facility and have destroyed all GDI forces then the mission will be complete. 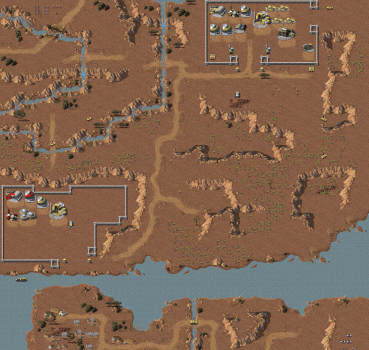 The objective for this mission is the same. You need to recapture a technology center from the GDI. You’ll be controlling two forces separately.

When you go into the GDI base remember to capture the Research Facility. All other forces must be destroyed or captured to win the mission.

Next: Nod Mission 12: Steal the Codes