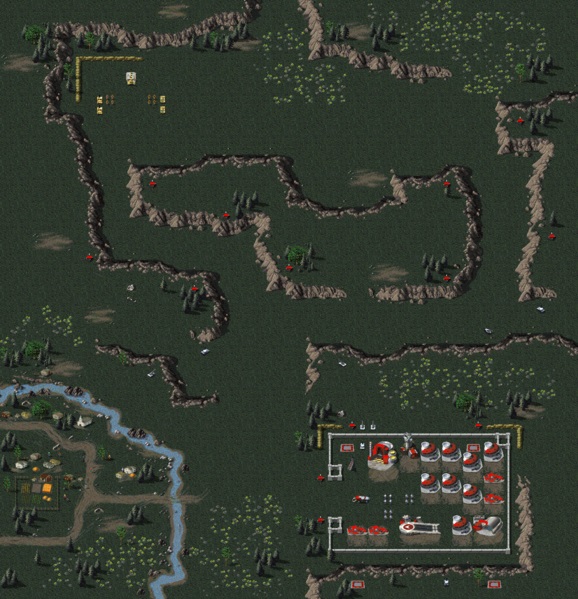 Build a Power Plant, Refinery and Barracks. Send a Light Scout out to the east to find another large source of Tiberium.

If you do try to storm the front gates you’ll need a sizable force. A SAM site protects the Obelisk from air attack. Destroy or capture all Nod forces to complete the mission. 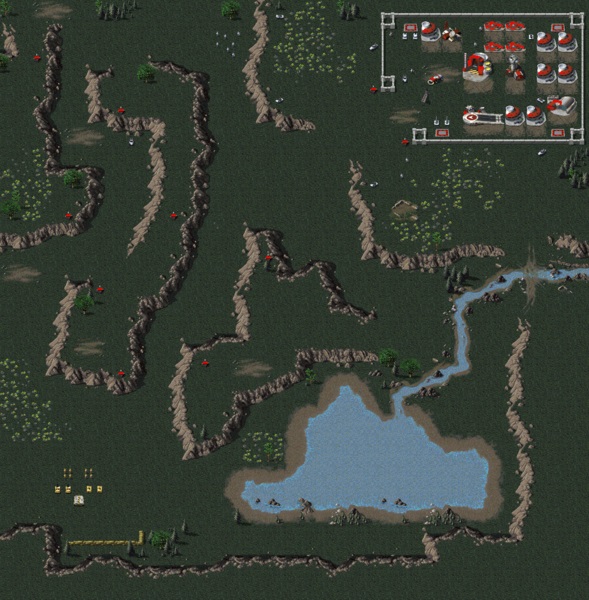 The map is different but the objective is still the same. Test out the Orcas and destroy all Nod forces. Tiberium is scarcer on this map which may make this mission more difficult.

Build about 5 or 6 tanks with a group of Light Scouts alongside them to deal with infantry. Send the group to the Tiberium field just south of the Nod base and destroy any Harvesters they send out. This should severely limit their cash supply.

Back: GDI Mission 9: Clearing a Path