Your objective is to cut off the Nod convey and destroy all of their vehicles. You start in the bottom left corner. Nod forces will pour down from the northern exit once you get to the center of the map. 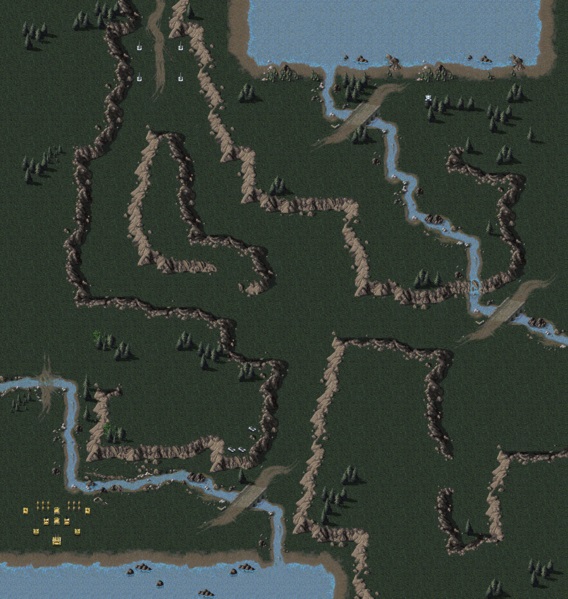 You can send either your Mammoth Tank or a few Medium tanks along the west ridge to the north to take out the two Artillery in the valley below. You can take your time as the convoy won’t enter the map until you cross the bridge and head north towards the center.

Also send your Mammoth Tank north and then east to deal with the 3 Artillery units sitting on the ridge otherwise you’ll get peppered with artillery fire as you cross the bridge.

With that dealt with bring all your forces across the bridge and north to the center of the map. The Nod convoy will begin moving south from the northern exit.

The convoy consists of 4 Artillery, you may have already killed 2 of them, 4 Flame Tanks, 4 Light Tanks and 2 Buggies. There’s also 6 Stealth Tanks that will take up positions at various points around the map if you don’t kill them in the center.

The Stealth Tanks will try to hunt down your units or hide in the south-eastern and north-eastern parts of the map. Hunt them down to complete the mission.