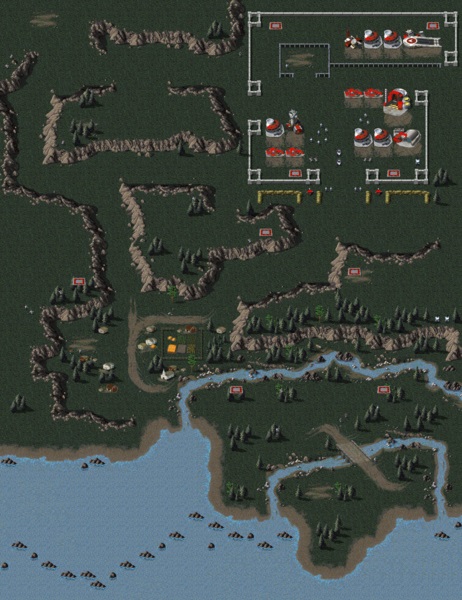 Head to the north and take out the NOD soldier by the bridge. There’s another 2 on the other side of the bridge. A Rocket Infantry will run at you from the west and there’s another hiding behind the pine trees so target him before you get too close.

There are 2 SAM Sites on this island. One to the north-west and another to the north-east. Detonate both of them and then get in the Chopper on the western edge of the island.

Make your way along the cliff to the east until you spot the NOD base. You’ll need to use the chopper to get inside but there’s a SAM Site in the corner. You’ll have just enough time to land inside the base without the chopper blowing up. Quickly run to the east and blow up one of the buildings. It doesn’t matter which one but the NOD base will be missing this building when you come back here for the next mission.

Next: GDI Mission 7: Destroy the Airstrip