To access the second Run n’ Gun level on Inkwell Isle 3 you’ll first need to complete the Shootin n’ Lootin level which lowers a bridge that you’ll need to cross to get to this level.

This level takes place around a dock. Make your way to the right and watch out for flying fish and little sear urchins. When you get to the spot where the platforms begin to lower you’ll be able to jump and dash towards Gold Coin #1. 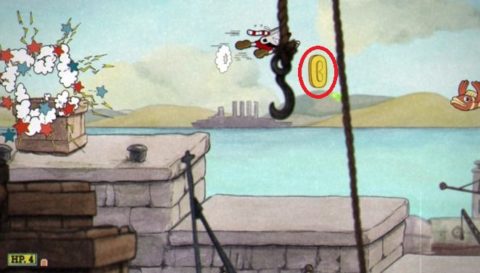 When you make your way to the crabs you’ll need to jump on their backs as they skitter along. Make your way from one crab to the next. Along the way you’ll be able to jump up and grab Gold Coin #2. 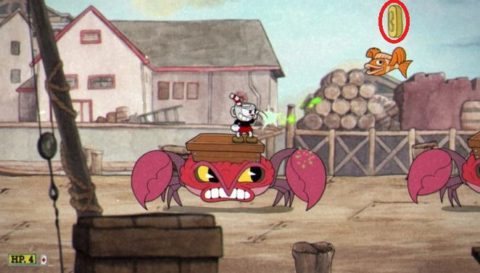 The next section is quite difficult as you’ll need to avoid a Giant Lobster that swings its arms at you from below while carefully jumping from platform to platform. The Lobster will occasionally shoot lightning bolts at you. Gold Coin #3 is located just above a buoy with a pink top that you’ll need to parry. 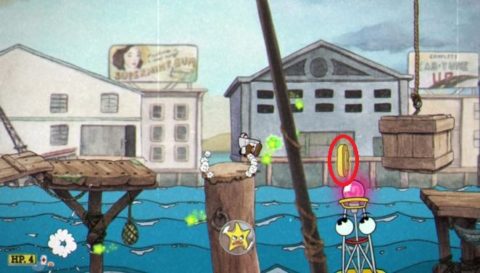 Continue along the pier and ledge until you reach a boat. Hidden inside the cabin of the boat is Gold Coin #4. 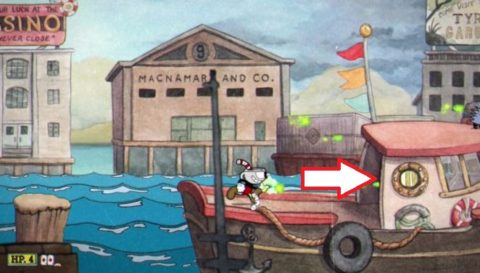 Eventually you’ll reach another pier where you can jump off and complete the level.