With the Tiger’s Claw heading deeper into Kilrathis territory many of the fighter ships have been damaged and need repair. For this reason you’ll be flying the Scimitar, which is less heavily armoured than the Raptor. Bossman will be your wingman for the next two missions. 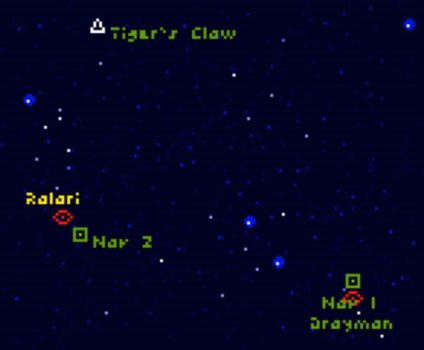 On the way to Nav 1 you’ll be attacked by 2 Jalthis. Boost around to the side of them and try to get on their tail as their front attacks can be devastating.

Once they’ve been destroyed proceed to Nav 1 and destroy the Drayman. You only need to destroy the Drayman to complete this mission but if your ship is still intact head to Nav 2 to defeat the Ralari and 2 Salthis before heading back to the Tiger’s Claw. 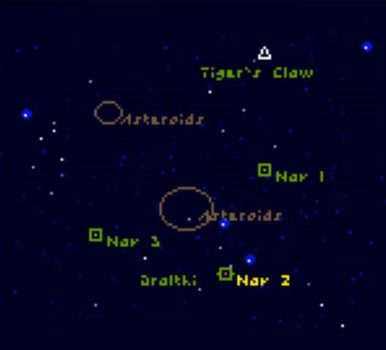 Objectives: Escort a friendly Dralthi back to the Tiger’s Claw

On your way to Nav 1 you’ll meet 2 Gratha and a Ralari. Destroy the Ralari and then head to Nav 2. Here you’ll meet the friendly Dralthi being shot at by 3 Dralthis. Quickly kill the enemy Dralthi and then escort it back to the Tiger’s Claw where you can finish the mission or head out to Nav 3 to meet up with a Fralthi escorted by 4 Dralthis. 5 more Dralthis will drop in once the first 4 have been defeated. Head back to the Tiger’s Claw and land.