After seeing the destruction of the Goddard Colony the Tiger’s Claw will jump out to the Border Zone. Angel will be flying as your wingman and you’ll have Raptors for the next two missions. To win this system you’ll need to make sure at least one of the two Draymen in the second mission make the jump out. 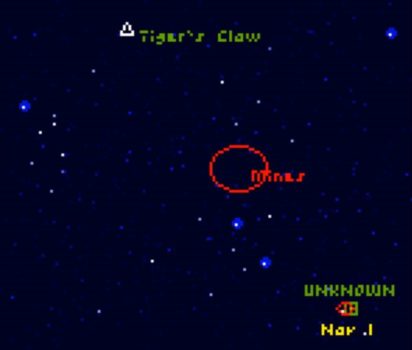 Objectives: Strike mission to take down a Fralthi. When you head back you’ll need to protect the Tiger’s Claw.

When you launch the Tiger’s Claw is under attack by 4 Krants. Destroy them and then head through the minefield to Nav 1.

At Nav 1 you’ll find a Fralthi being escorted by 3 Krants and 4 Grathas. Destroy them all and then head back to the Tiger’s Claw.

Once more the Claw is under attack. This time by a squadron of light fighters, the Dralthi. Kill them and then land to complete the mission. 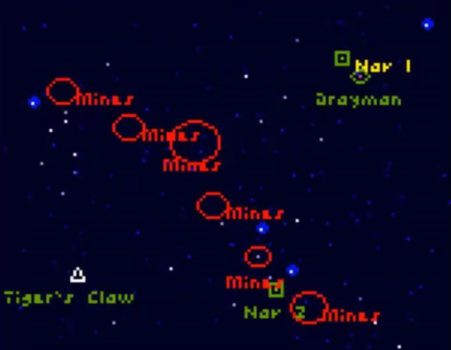 Make your way to Nav 1. On the way you’ll be attacked by 2 Krants. Destroy them and then make your way carefully through the minefield.

When you reach Nav 1 two Jalthis will attack. Quickly take them out and then wait for the two freighters to drop in. Escort them to Nav 2 and wait for them to jump out of the system.

Head back to the Tiger’s Claw, destroying or running away from the 3 Grathas and 2 Krants along the way.