The Isle of Mists

When you’re ready to make the journey to the Isle of Mists head to Skellige and take one of the three marked boats. Once you’re on the boat you can use your map to fast travel to a port near Undvik.

From here continue towards the map marker and the game will warn you that from here on many quests will no longer be available. If you agree to continue Geralt will release the Magic Firefly that you got from Avallac’h and it will lead you to Ciri. 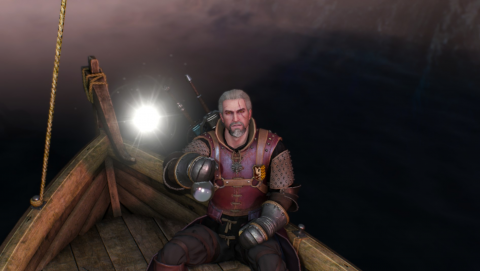 Ciri and the Seven Dwarves

The four Dwarves are suspicious of strangers and won’t let you in until you find their three friends, Frenec, Ivo and Gaspard, who are lost on the island.

When you reach the location of Frenenc you’ll find out he’s already dead. He was killed by a Fiend. Avenge his death and search his body before moving on to the next dwarf.

Ivo can be found on top of a rock arch. When you get close he’ll try to climb down but slip and fall. He’ll die immediately so head towards the final lost dwarf.

Gaspard can be found at the top of a lighthouse. He’s the “sleepy” dwarf so you’ll need to wake him up. Escort him back to the Dwarves house. You’ll need to fight off some Harpies and Hags along the way. Make sure you go back and wake him up whenever he falls asleep.

Once you reach the house the Dwarves will let you in but tell you Ciri is dead. Geralt runs in devestated and gives her a hug. The “firefly” will enter Ciri. It was her all along. You can talk to her about her journey or head straight to Kaer Morhen where Vesemir, Yennefer and Triss will greet you.

If you romanced either Yennefer or Triss they’ll ask you to talk to them for a moment. If you romanced both of them then, ah, things might be a little awkward.