The first and only scroll is behind a broken wall just to the left of where you enter the level. Use a shadow leap to make it over the wall to the Scroll. 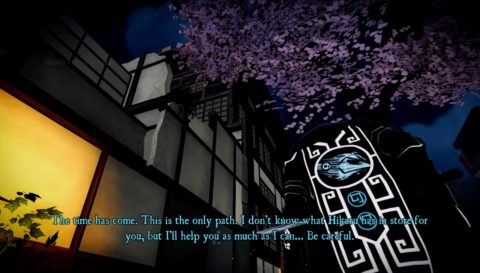 Shadow leap back out and head over the gates for a battle with Hikaro, the Last Captain.

There are three phases to this fight. You first need to break one of the Orbs and then shadow leap behind Hikaro to attach the orb on his back. 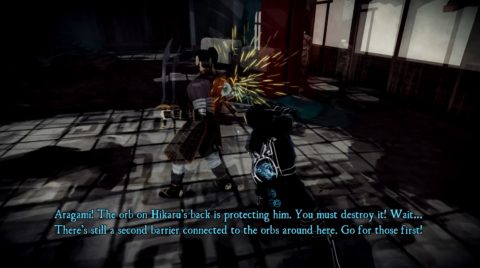 For the second phase you’ll need to attack Hikaro from a different direction. Break a second Orb and then perform a leaping attack from above. Hikaro always walks towards you no matter where you are so you can lure him into position.

For the final phase you’ll need to break the final Orb. This time he’s vulnerable so you can attack him any way you like. Once he’s been defeated Yamiko will appear and you’ll head to the next area.