The Great Lakes is a fairly difficult mission if you want to get through it without being spotted. You’ll also be covering a fair amount of ground with some of the objectives being hundreds of meters apart.

You first task is to break the Orb and get into the building but there’s a scroll to pick up first. Wait for the Archer on the platform to look away and then shadow leap up to him. 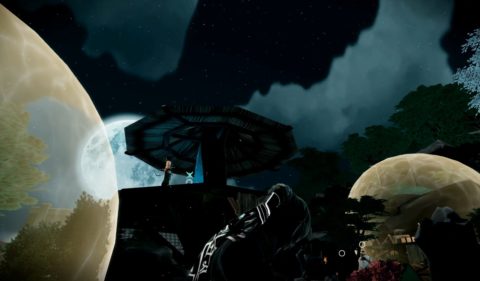 Use the Kurosana skill to stun the Archer for a few seconds while you break the Orb. He will still hear the Orb breaking if you use Kage to turn invisible.

Drop down on the right side and head towards the building. On a table to the right you’ll find the first Scroll. It’s out in the open on an altar so use Kage to make sure no-one spots you.

Sneak back to the shadows and shadow leap up to the roof of the building. 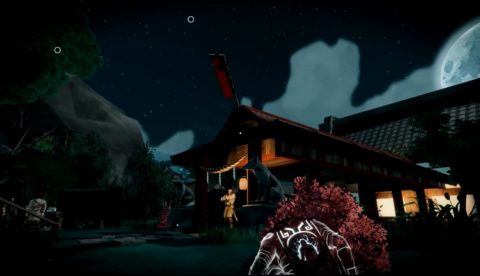 Crawl through the small opening and use the rafters to make it to the other side of the building. Go through the opening by the roof behind where the two guards are talking and you’ll meet Yamiko again. Remember to break the Orb to disable the light barrier before continuing otherwise you’ll have a harder time getting through the building on your way back.

Leap up to the roof and down to the jetty on the right side. Follow the guard on patrol and shadow leap or sneak past the guard in white. The second Scroll is on the jetty just behind him. 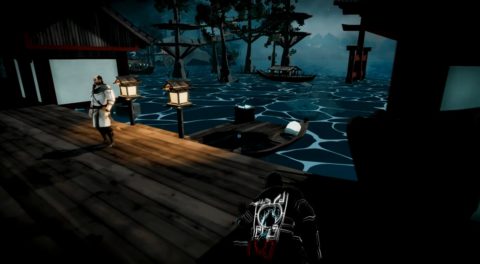 Head back along the jetty the way you came and leap or sneak past the guard. Follow the walkway to the left and shadow leap past the guard when the archer above isn’t looking.

Continue to the left. You can sneak through the gaps in the roof if you want to take the safest path.

If you’re in the roof drop down to the walkway and disable the nearby Orb. This gives you access to the building ahead. 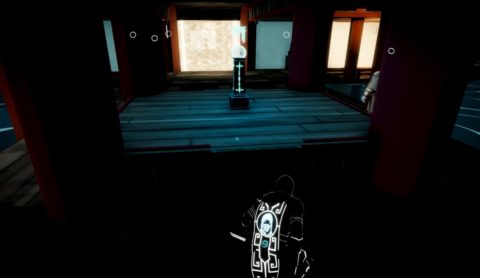 The next Orb is inside the building but you can sneak around for a scroll first. Head around the walkway to the left. When you come to the end you’ll see a log in the river. Leap down to it. 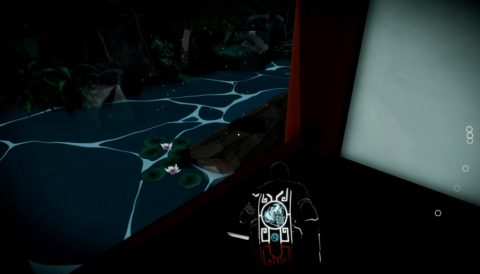 Walk to the edge and shadow leap up through the window. Drop down into the small room for the third Scroll.

Shadow leap back to the log and then to the walkway. Enter the building to the left and you’ll be very close to the Orb. Avoid the guards and destroy it to lower the nearby light barrier.

Head out the way you came and walk to the end of the jetty next to the tree. Shadow leap across the broken walkway to a shrine. Continue forwards to a small island.

Leap past the guard and avoid the gaze of the Archer on the platform. Make your way around to the left and continue up the hill. Take either the left or right path. Try to avoid the one with the Archer. He patrols from one path to the other.

Up the top of the hill use Kage to turn invisible so the Archer can’t see you and continue to the gazebo for the fourth Scroll. Turn around and drop down the hole into the cave system.

From here you need to disable the light barriers before heading for the exit. When you find the guard in front of the blocked entrance shadow leap through the gap in the wall. 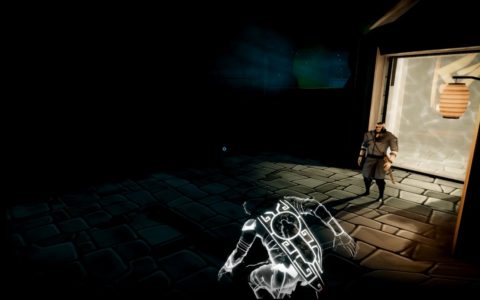 Drop down the other side and break the Orb. Make your way past the guard to the right and turn right again to find the next Orb. Once you break it you only need to exit the area.

Make your way back along the rafters, go left past the standing guard and left again to a new area. There aren’t too many paths here so if you get lost just keep exploring until you find the a tunnel you haven’t been down before. Make your way through the cave until you come out to the lake.

Shadow leap across the canoe and small islands to the side of the cliff where you’ll find the fifth Scroll. 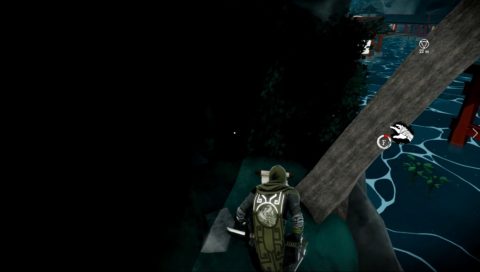 Shadow leap up to the large red arch and make your way to the top of it where you’ll find another Talisman.

Continue forwards to the raised platforms and make your way across the boats to the next area. Replenish your skills at the Shrine if you want and then leap up to the arches to the right. Head over the roof of the small building and then drop down for the last Scroll. 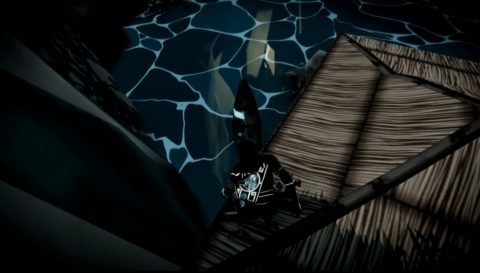 Go back the way you came and continue down the path. There’s a small house off to the left with the final Orb inside. A guard stands alert at the doorway. Use Kurosana to stun him so you can break the Orb inside and then Kage to turn invisible so you can make your escape.

Make your way past the gap in the fence. Use Kage again if this spot is too tricky as there are many guards on patrol, as well as two Archers.

Head through the gate on the walkway to the right and continue around the walkway to a small structure with an Orb inside. Break it to lower the final light barrier so you can get back to the starting areas.

From here you just need to make your way back to the beginning of the level and find the small path which leads to the exit.