Sneak straight down the path and shadow leap up onto the arch for the first of two Katanas. Quickly use Kage once you’re up there to avoid being spotted. 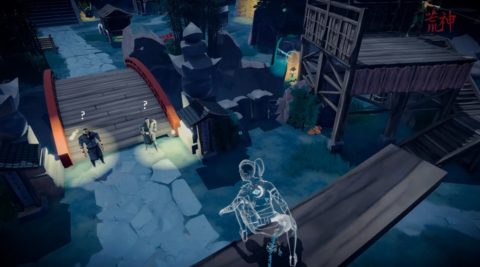 Shadow leap down and to the right to hide in the shadows under the platform. Just ahead you’ll notice Orbs patrolling the tops of the pillars. Time your leap to jump across to the closest pillar and then over to the other side. 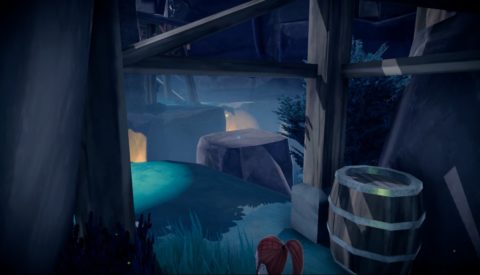 Sneak up the stairs and then over the bridge. Head through the broken gate to the right and then through another gate. From here you’ll have 10 minutes to get into position.

Up ahead there’s an archer on a rock ledge in front of a house on a hill. You’ll go there later. For now sneak around the bottom of the cliff under the archer and get ready to run through the caves.

Orbs will be patrolling through the caves until you turn them off. There are two light orbs here that you need to break. One removes the light barrier in the house above and the other turns off the patrolling orbs.

Walk behind the orbs when you can and shadow leap past them when your path is blocked. The first light orb will be in an alcove to the left. This removes the light barrier in the house above. You’ll need to smash the light orb quickly or the green orb will find you. Quickly shadow leap back out of its path. 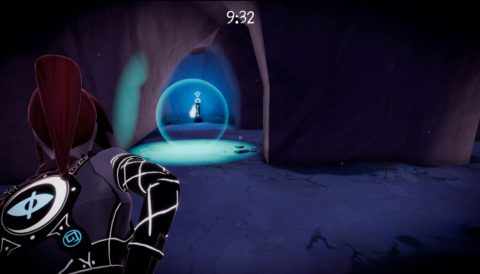 Continue through the caves to the next light orb and smash it. This will remove all of the patrolling orbs in the cave. Run back the way you came and sneak up the stairs behind the archer.

Shadow leap through the hole in the corner of the roof for the second, and last, Katana for this chapter. 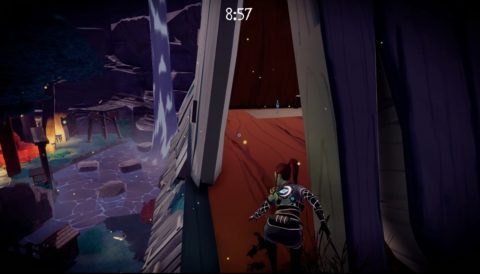 Drop back down and enter the house. There are a few guards inside. Some standing still and some patrolling. There’s also a few paths to take as you make your way up a couple of floors and back outside again. Just be careful with your shadow leaps and be ready with Kage if anyone spots you.

When you exit the house you’ll be on the cliffs behind where the ritual is taking place. Run along the path and dodge past the patrolling light orbs as you go. It’s fairly easy to dodge them. 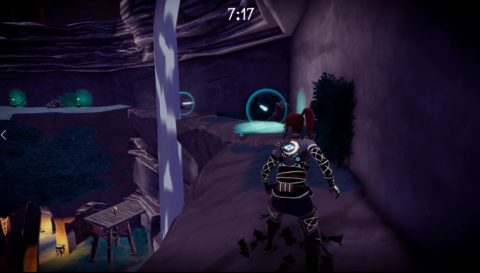 When you get to the center walk towards the edge to complete the game. Congratulations on completing Aragami: Nightfall!