For this mission you’ll have Aiko and Hayato. Your first objective is to listen in on Masaru’s men and there are two places you can do this. Once you find out where Masaru is you need to find some way to get him away from his Samurai guards and kidnap him. 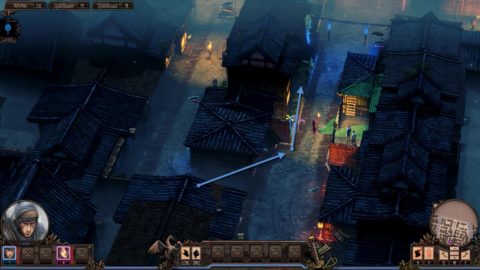 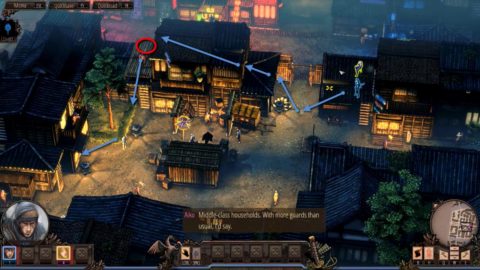 Climb up the next vines on the left and drop down onto the lower roof on the other side. Drop down to the ground and then up the hook on the other side. Continue up another hook and then take down the patrolling Guard on the platform when he’s standing in the far corner, otherwise you’ll be spotted. Drop down into the bushes and sneak through them to the other building. Make a dash for the door and go inside. Get out up the top and quickly climb up the ladder to the roof. The Guard on the balcony shouldn’t spot you. 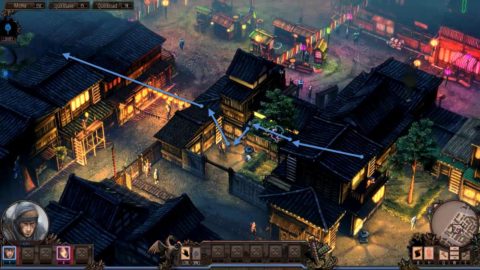 Drop down to the courtyard below and place Hayato and Aiko in the bushes shown below. They will be able to pick up on enough of the conversation to complete the first objective. 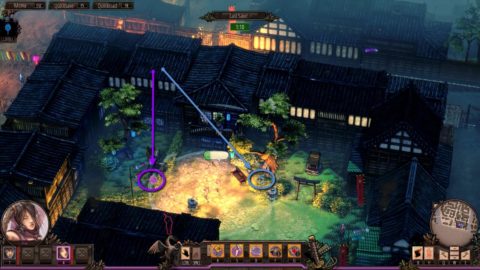 Once you’ve discovered the location of Masaru bring Aiko and Hayato to the meetup point. One of them can use the grappling hook to get onto the roof and the other can sneak around out the main entrance and down the road to the ladder. 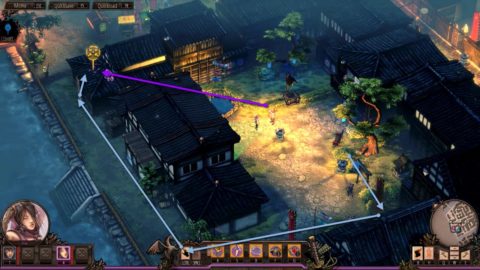 Take the stairs down into the water and swim around to the other side of the island where Masaru is relaxing. You have a few options here. He’ll take a hot bath and then go for a massage. We’ll trick his Guards into leaving him for a few minutes while he’s on the way to getting a massage and then capture him.

Take out the patrolling Guard at the front of the island and then distract the Samurai with a Rock before running quickly past him into the bushes on the right. 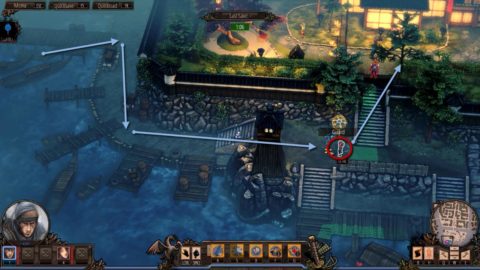 Now it’s just a matter of taking out the Guards one-by-one. Start with the Guard behind the fence on the right, the Guard by the house, the patrolling Guard, the Samurai and then the Straw Hat Guard. 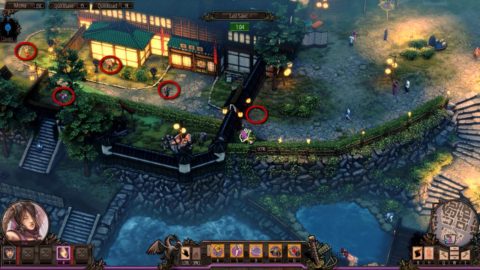 When you kill the Straw Hat Guard drag his body under the purple leaf tree to the right. When Masaru’s Guards come back they’ll spot the body off in the distance and run forwards to investigate. You’ll have a brief few seconds to knock out Masaru and drag him back to the boat down below to complete the mission.