Establish a base and find the Dark Templar

You begin on the northern edge of the map with 4 Zealots and 4 Probes. Move your forces to the west, taking out a few Zerglings along the way, and establish a base near the mineral resources. Once your Nexus is built you’ll be attacked by Hydralisks. Luckily the Dark Templar will appear and you can use them to quickly kill the Hydralisks.

The Dark Templar remain cloaked at all times so use them to clear a path down to another mineral patch in the south-western corner of the map. 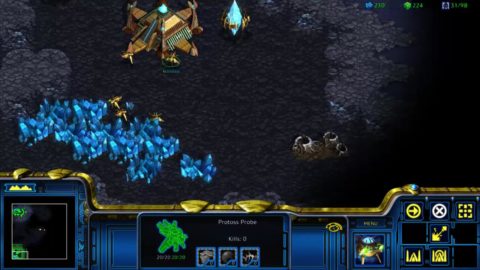 Establish a second base here and then bring the Dark Templar back to protect the bridge and prevent the Zerg from sending forces towards your main base. Place Photon Canons around the outskirts of your base as you will occassionally be attacked.

Once you have the resources warp in 4 Gateways so you can quickly build an attack force. Three groups of Dragoons and Zealots should be plenty to push your way to the east from the bridge and then to the south to wipe out the Zerg Base. Once you’ve destroyed all of the Zerg buildings the mission will end. 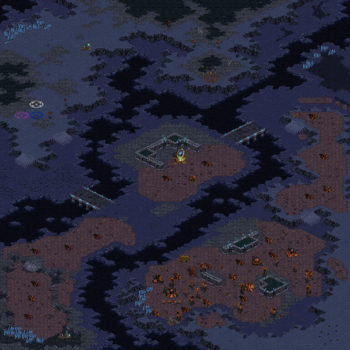