The Emperor’s Fall (Birds of War) mission begins if you destroyed the Nuclear Silos in the last mission, Assault on Korhal. In this mission the enemy will have access to Battlecruisers with the Yamato Cannon.

You begin with a small base and a few Missile Turrets dotted around the map. These will soon disappear as the enemy Battlecruisers attack. Just in time you’ll be given 8 Goliaths, 4 Ghosts and 4 Marines to protect your base.

Set each of the Ghosts to their own group number so you can quickly switch over to them and Lockdown the enemy Battlecruisers before they cause too much damage. The Goliaths can then quickly finish them off.

Build SCVs and get your economy up and running as fast as possible. There is a small mineral patch directly to the north of your base. You can expand here but make sure you keep it defended with numerous Missile Turrets as the enemy will send Battlecruisers down.

Battlecruisers will also attack your main base so you will need to have it heavily defended with Missile Turrets. To complicate things further the enemy Terrans have Ghosts that will Lockdown your units when you try to send out a strike force. Either just wait for it to dissipate or use Medics to clear the Lockdown effect.

The objective is to destroy the enemy Command Center which is located in the far north-eastern corner of the map. Once your base is well defended and you have enough resources coming in build a group of Wraiths with the Cloaking ability. You can use them to sneak past Mengsk’s defences and destroy the center. Fly them all the way to the eastern side of the map. From here have the hug the east wall and fly north to the Command Center. Ignore all other enemies and concentrate fire on the Command Center. Within a few seconds it should be destroyed and you’ll win the mission. 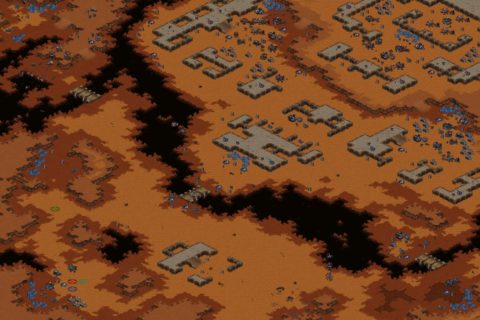