Omega is one tough mission and you start out in the middle of a large map surrounded by 3 forces, the UED (White), Mengsk’s Terrans (Red) and the Protoss (Blue).

Start by putting your Drones to work harvesting minerals and gas. Mutate more Drones until your economy is up and running. You’ll want to mutate a few more Hydralisks to protect your base as the attacks will start fairly early on from either of the three entrances to your base.

There are two undefended resource patches that you can expand to almost immediately. The first is just to the south of your main base. Take some Hydralisks along with your Drones to protect them until you can get some Sunken Colonies built. You may want to leave a 3 or 4 Hydralisks here to protect against flying attacks.

The second outpost is a little further away to the north of the main base. Bring some Hydralisks to clear the path as Terran Marines are hiding under the solar fans. Set up your base here and leave the Hydralisks there while you build the Sunken Colonies. Once again leave a few Hydralisks to deal with flyers.

Large groups of Hydralisks work well for taking out 2 of the 3 bases, the Protoss and the White Terrans. Build at least one more Hatchery, preferably two, in your main base. Get all the upgrades for Hydralisks and ground troups and mutate 5 or more groups of Hydralisks, supported with a few Overlords for vision.

Bear in mind that you’ll almost certainly need a Greater Spire for taking out the Red Terrans later on.

The bases will be defended with Dark Templar and Arbiters so Overlords will be necessary to detect them. There’s also a few Carriers to deal with. Try to get the nearby Hydralisks to target the Carrier directly otherwise they’ll waste time shooting at the Interceptors.

Continue to the west and sweep through the rest of the Protoss base until it’s been destroyed. You may want to keep producing Hydralisks to replace any lost units.

The UED are in the north western side of the map. They have strong air defence but are susceptible to ground attack. Take your Hydralisks and move them north, avoiding the Red base on the west.

If you kept on producing Hydralisks you should have 6 or 7 groups of them. Bring along some Overlords because they may have small groups of Ghosts with them.

The UED like to produce Battlecruisers and start the mission with 6 of them. They also will use Marines, Medigs, Goliaths and Valkyries. Rarely they may produce Wraiths.

They only thing you need to worry about here are the Battlecruisers but combined groups of Hydralisks should be able to deal with them. You’ll also need to destroy the Missile Turrets along the way or they will tear apart your Overlords.

Once the UED have been destroyed you may want to establish colonies near the minerals and gas vents if you’re getting low.

Mensgk is a formidable opponent and his base is virtually impenetrable by ground forces. Mengsk begins the mission with 18 Seige Tanks and will build many more. He also likes to use large groups of Wraiths, Infantry and Nukes.

As you have a population limit of 200 you’ll need to kill off most of your Hydralisks. Rush them into the Red base and they might get lucky and destroy a Bunker or Missile Turret or two.

By now you should have the Greater Spire and all the upgrades for flyers. Build three groups of Guardians, one of Devourers and about 6 Overlords. You may want a handful of Scourges to deal with the Wraiths if they get out of control.

Carefully move your units towards the Red base and try to keep them together. If they stay out of range of the Overlords they’ll probably get shot down by cloaked Wraiths.

Sweep through Mengsk’s base and if you’re careful you probably won’t need any replacements. Once all the structures have been destroyed the mission will be complete. 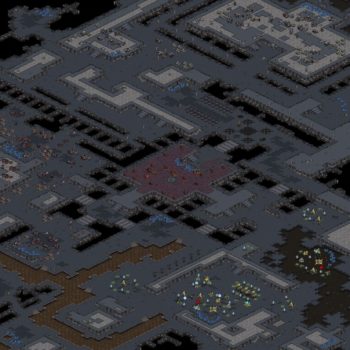