You begin the mission with a small base to the south-west of the map. There are minerals here but no vespene gas. Take your starting Tanks and Marines and bring them up the ramp to the north. Destroy the enemy Missile Turrets and Marines. There’a another mineral patch here where you can start up your second base.

Build a few more Tanks and Marines and send them across to the east and destroy the small enemy outpost with a Barracks. From there head north until you run into a friendly outpost with Lieutenant Sumir Duran. He’ll reveal a pathway to the far side of the enemy base and you’ll also now have control over Duran’s base, which includes a vespene geyser.

Half of your Goliaths can try to go through the eastern entrance to the base to create a distraction and draw his troops away. The remaining Goliaths and Siege Tanks can continue around the back. Once the Goliaths clear the way the tanks can set up in seige mode and destroy the Command Center. Once it’s been destroyed the mission will be complete. 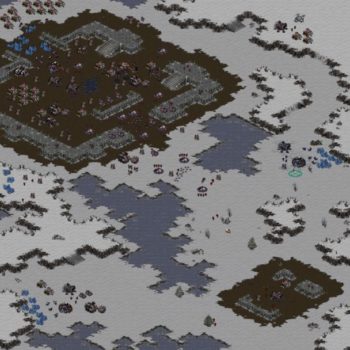