You begin with 2 Protoss bases, one to the south and the other to the west of the map. You’ll need to get them both up and running while protecting them from Zerg attacks at the same time. There are a number of smaller Zerg bases that you can expand to before going for the Temple.

Taking Out the Smaller Zerg Bases

The first base to aim for is the one to the south of your western base. Build up a few groups of Dragoons from either one, or both, of your bases and wipe out the Zerg in this area. You’ll need an Observer as well because some of the Zerg are hidden. Make sure you place Photon Cannons around your bases as you will be attacked occassionally. 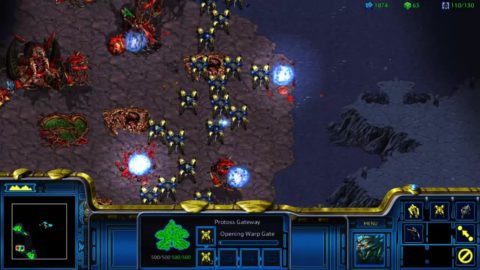 Continue building Dragoons and sweep them across to the eastern side of the map. Once you’ve wiped out the Zerg you should be able to secure at least another 2 mineral patches. With that done it’s time to start thinking about securing the Temple.

You have as much time as you want to build up your defences for the Temple. Once Artanis and Zeratul make it to the Temple you’ll need to defend it for 15 minutes.

I found the best strategy was to warp in 3 or 4 Stargates and then warp in Carriers. Upgrade them with increased Interceptors and upgraded damage and defence. A full group of them should be enough to hover over the Temple and kill anything that gets into range.

Once the timer starts the Zerg will send out large numbers of units and they’ll probably destroy most of your other bases. Don’t worry about anything else except the Temple. You should bring any of your units to the Temple to protect it but the Carriers and Photon Cannons will probably be all you need.

After 15 minutes you will be victorious and you can enjoy the final cut-scene for this episode. 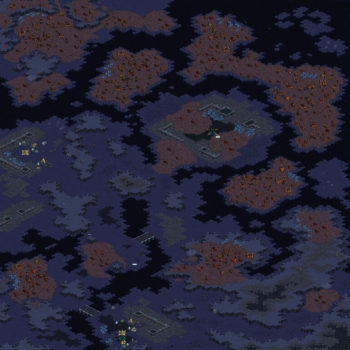