You begin with a small foce of 2 Dragoons, 4 Zealots, 4 Scouts (including Artanis), 2 Shuttles and 3 Observers, with the goal of destroying the 5 Power Generators. After destroying each Power Generator you’ll be given more reinforcements.

Use your Observers to scout ahead and then use the ground troops to destroy the Missile Turrets. Dragoons are good at taking out Missile Turrets while staying out of range of any Bunkers.

Continue to the east of the platform and then up to the north for the second Power Generator. Once it’s destroyed you’ll be given 2 Shuttles carrying 2 Dragoons and 4 Dark Templars.

Next you should aim for the third Power Generator near the center of the map. Use your Dark Templar and Dragoons to take out the Missile Turrets but watch out for the Wraiths waiting nearby. Use your Scouts to lure the Wraiths back to the Dragoons. You should now be able to get your Scouts close enough to take down the third Power Generator. For reinforcements you’ll be given 2 Observers and 3 Shuttles with 4 High Templa, 2 Dragoons and 2 Reavers.

The fourth Power Generator is towards the north-eastern corner of the map. It’s a little tricky to get to as there is a high platform surrounding it and inside there are Mines, Ghosts and Tanks. Destroy the Missile Turrets and ship your troops to the other side. Use your Observers to spot the Mines so you can destroy them. Use the Dark Templar to Psionic Storm the Ghosts in the Guard Towers. You can also use the Psionic Storm on the Tanks around the Power Generator. Once you’ve cleared out one side destroy the Power Generator for more reinforcements. This time you’ll be given 1 Arbiter, 4 Corsairs, 6 Scouts and 2 Shuttles with 8 Zealots. 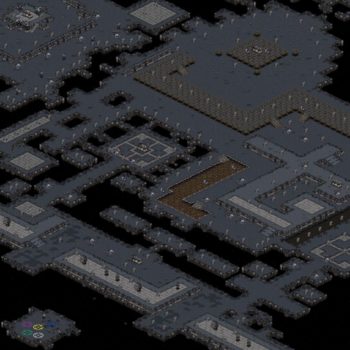