When you begin this mission you have a short amount of time (6 minutes) to do as much damage as possible to the enemy bases before they retaliate. Enemy units won’t attack unless you attack them and you can destroy as many buildings as you can reach.

Send your Lurkers and Hydralisks to destroy the red base (Terran) to the west and the Zerglings to destroy the blue base (Protoss) to the east. If you’re quick you can wipe out both outposts before the time is up. Bring all your units back to your main base once the 6 minutes is up to help defend against the counter attack.

If you try to secure one of the mineral patches now the Hatchery will likely get destroyed before you can build your defences. This is why it’s better to bring your Lurkers back to your main base and build 6 to 8 Sunken Colonies.

Once the Protoss and the Terrans have sent out there first wave of attack you should be clear to send out a few Drones and set up a new Hatchery at one of the mineral patches. Take a few Hydralisks and build a few Sunken Colonies right away as the enemies may target this new outpost.

When you are ready expand to the other side and build another outpost there as well. Build some defences and then you should be ready to launch an attack on Fenix and Duke. These two outposts should be all you need to complete this mission.

The Protoss occupy the eastern side of the map and are weak against fliers. Build up a group of Guardians and up to two groups of Mutalisks and slowly send them down the left side of the map. Destroy all the buildings as you go.

It will take some time to clear out all the Protoss buildings so replenish your forces as needed. You should be aiming to get all of the upgrades while clearing out the Protoss. Towards the bottom of the map you may come across a Carrier or two. Focus your Mutalisks on the Carrier and bring the Guardians back or they’ll be quickly destroyed by the Interceptors.

Fenix on near the bottom of the map on the left side. He should be pretty easy to kill but you can use a Queen to cast Spawn Broodling on him and kill him instantly.

The Terrans will try to drop Nukes on you from time to time so try to have Overlords surrounding your bases. Your army should be big enough to sweep through the Terran side of the map as well. You may want Scourges to deal with the Battlecruisers and Duke himself. When you spot the Battlecruisers just bring your main army back and rush forwards with the Scourges. Your main army can then finish them off.

Duke is also piloting a Battlecruiser. Send the Scourge after him and then finish him off with the Mutalisks. 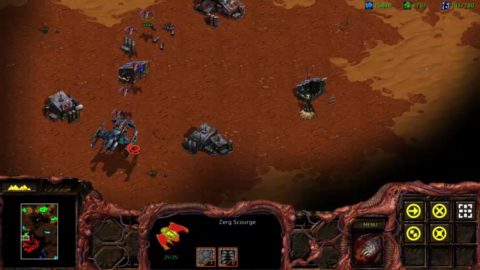 Once both Duke and Fenix have been killed all that remains is to destroy any remaining buildings. Once the last building has been destroyed the mission will end. 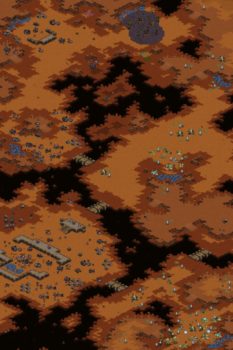